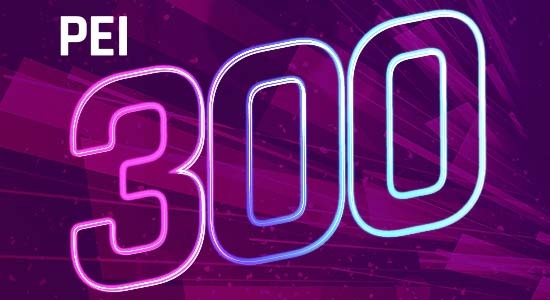 Here be giants
It’s the moment you’ve all been waiting for. Today marks the release of this year’s PEI 300 ranking, our proprietary measure of the world’s largest private equity firms based on the amount of capital they’ve raised over the past five years. Here’s the ranking at a glance:

PE firms may look back at this year’s ranking as halcyon days of fundraising, reflecting an industry that over the past five years has become better capitalised than ever, and which looks set to struggle in 2022 and possibly beyond under a perfect storm of congested fundraising, public market volatility, overallocated LPs, rising interest rates, inflationary pressures and geopolitical conflict, to name but a few. As we enter a fundraising cycle that seems increasingly to be one of haves and have-nots, next year’s ranking may end up looking quite different. For now, check out all our insight and analysis on the firms that made this year’s list here.

Raising the GP stakes
Campbell Lutyens is banking on ambitious founders with grand growth plans as it scales up its GP capital advisory team, which advises GPs on financing options. The advisory firm and placement agent on Tuesday said it had made three new appointments to that team, comprising professionals from Bank of America, Spencer House Partners and GP stakes firm Azimut Alternative Capital Partners.

Headcount for this team stands at seven globally, with that number expected to reach 10 in the next six to 12 months, rising to 20 in the long term, according to Thomas Liaudet, who leads the practice. The team advises on growth alongside financing options such as GP stake sales, preferred equity and debt.

A market downturn could bring consolidation opportunities: some managers may opt to decide it’s the right time to sell themselves to a larger platform rather than head out on the tightened fundraising trail. Side Letter is aware of one European manager that sought out a buyer, citing the work that comes with fundraising as a major driver. Elsewhere, a number of flagship private equity names have sold minority stakes to investors in alternative asset managers to drive growth plans.“

Some of the GPs see a potential downturn as an opportunity to grow faster because they will be able to use their competitive advantage versus their peers and maybe to buy some of the GPs to grow new businesses,” Liaudet told Side Letter. Since last summer, Campbell Lutyens has advised or is advising on a total of seven deals.

Advantage’s partner departure
Here’s a quick personnel scoop for your lunchtime reading. Cindy Yan, a Hong Kong-based partner and 13-year veteran of Tokyo-headquartered Advantage Partners, left the firm last week, Side Letter understands. Yan joined Advantage in 2008 from Boston Consulting Group and was responsible for at least six investments, including Vietnam’s Elise Fashion, Chinese broadband company Hisense and Japan’s GST AutoLeather, per a cached version of the firm’s website. Her destination is unknown.

Redbird’s Rossoneri
Side Letter is having déjà vu. The same week that Clearlake completed its acquisition of Chelsea FC, PE sports enthusiast RedBird Capital Partners was nearing a €1.3 billion deal for Italian football champions AC Milan, otherwise known as the Rossoneri, according to Sky Sports.

RedBird’s interest is said to have come after Investcorp’s period of exclusivity with present owner, Elliott Management, ended. Sports investing, though increasingly popular, isn’t all fun and games (pardon the pun). “The biggest risk investing in sports today is to get lulled into believing that values will always go up,” RedBird’s Gerry Cardinale told PEI last August. “If you look at some of the last private sales of sports teams in the US, they have fallen short of the initial price talk.” RedBird should know, given that it is one of the largest dedicated sports managers in the world. You can find a list of its fellow sports enthusiasts here.