“Any time someone goes early in the life of a fund, that stinks, it stinks a lot less here, because it’s a bit of a platform bet.”

A Vista Equity LP tells affiliate title Buyouts that the departures of Alan Cline and Rob Rogers, respective co-heads of the firm’s Endeavor and Foundation funds, were mitigated for some by its consistent strong returns (registration required). 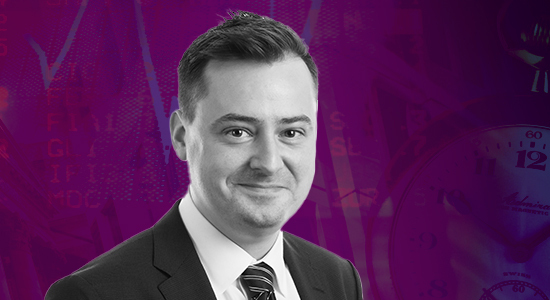 “We are quite eager to strike while the iron is hot and get a manager or managers in place by the end of the year or early in the new year,” he says.

Nest, which already invests in private credit and infra equity, has previously baulked at PE’s usual two-and-20 fee model – a concern shared by many in the DC community and one the UK regulator is trying to address. Look out for the full story on PEI later today.

EQT’s long, long hold
Strategy convergence is something we’re increasingly seeing in the market. EQT’s latest deal, disclosed yesterday afternoon, appears to be just that and in this case, it’s a mix of holding onto prized assets via a just-launched long-hold strategy. EQT first invested in pest control company Anticimex in 2012 via its EQT VI fund. In 2019 the firm realised a partial exit by offloading a minority stake to GIC (the Singaporean SWF also happened to be an LP in Fund VI). Yesterday EQT said it was selling Anticimex to its long-hold strategy, which the firm first gave details on in an October earnings call. Here are a couple of data points about the deal:

“We’re combining long term with transformation and impact in this strategy,” Christian Sinding, EQT’s chief executive, tells Side Letter. The strategy will take control, co-control and minority stakes. EQT explored other options – trade sale, IPO, private exit – and decided that holding onto the asset in this way would be overall best for LPs. “We could have also done a continuation vehicle, but if you end up with five, six or 10 different continuation investments in single assets, it becomes a little bit harder to manage,” Sinding added.

Waterland sinks flag in London
Buy-and-build specialist Waterland Private Equity Investments has opened a London office and tapped Oli Bevan, a veteran and partner of Dunedin, as head of UK, per a Wednesday statement. London is Waterland’s second UK office, behind Manchester, and its 11th globally. Waterland’s footprint has grown substantially in recent years, having opened a Paris office last year, and outposts in Ireland and Switzerland in 2019 and 2018, respectively.

Capital injection
Some PE and VC firms are taking matters into their own hands when it comes to vaccinations. India and Southeast Asia specialist Everstone launched a vaccination camp at its Mumbai office over the weekend for employees, their dependents and local portfolio companies, according to a LinkedIn post. Japanese VC Coral Capital has similar plans: the firm intends to vaccinate employees and their families across 80 of its portfolio companies, before expanding the programme to other VCs and their portfolios, its chief executive tweeted last week.

Louisiana School Employees’ Retirement System committed $100 million across two private equity vehicles at its June board of trustees meeting. Both vehicles are managed by Morgan Stanley Alternative Investment Partners and represent a new relationship with the pension.

LSERS allocates 4 percent of its full investment portfolio to private equity. The pension’s recent commitments to private equity have been to funds that employed a wide range of strategies primarily in North America.

For more information on LSERS, as well as more than 5,900 other institutions, check out the PEI database.