“Private markets are around five years behind public markets.”

Stephen Barrie, deputy director of ethics and engagement at the Church of England Pension Fund, tells Responsible Investment Forum: Europe delegates that when it comes to assessing and reporting carbon footprint, private markets managers are lagging. 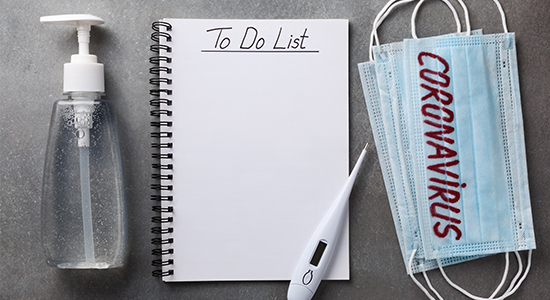 The covid-19 responsibility wash-up
One of yesterday’s Responsible Investment Forum: Europe sessions dealt with the role of private equity in the covid-19 crisis. Here are four lessons learned:

Vista LP backs out
The New Mexico Educational Retirement Board has decided not to follow through with a $100 million commitment to Vista Equity Partners’ third credit fund, according to a report by Business Insider that was subsequently confirmed by sister title Buyouts. News of the decision follows Vista founder Robert Smith’s admission in October that he evaded millions of dollars in federal income taxes. Bob Jacksha, New Mexico ERB’s chief investment officer, told Business Insider “we elected not to close on the investment”, but declined to comment on the reason.

Moon landings
Germany’s Moonfare, a private equity fundraising platform that enables investors to commit as little as €50,000 to blue-chip PE funds, has made three big hires. The head of UBS Wealth Management’s private equity team Winson Ng is joining as chief investment officer, per a statement from the firm. Sweta Chattopadhyay, former head of private equity at bfinance, has joined as an investment director, and Ed Cotton, head of business development at private markets tech firm Delio, joins as partnerships manager. Moonfare now has more than €450 million in assets under management. Read more about its strategy in this deep dive into retail investors.

Dyal ups the stakes
Dyal Capital Partners has made two more investments. It’s acquired a passive minority stake in TowerBrook Capital Partners, according to a statement from TowerBrook, joining another minority investor, Wafra Strategic Investors, which has been backing the firm since 2015. It has also invested in Iconiq Capital, which has about $43 billion in assets under management, according to Bloomberg. Dyal is in market with its fifth fund, which is expected to close on around double its initial target.

Here be giants
It is not unusual to find a giant PE firm in China that you haven’t previously heard of. For Side Letter, Shenzhen’s China Merchants Capital is exactly that. According to data provided by the firm, it manages more than $41 billion worth of PE, real estate and infrastructure AUM across 43 funds and has raised $27.9 billion of PE capital since 2015 – more than Bain Capital, Cinven and Apollo Global Management (per this year’s PEI 300 ranking). This sum is expected to grow as the firm expands its product offerings to a greater number of international LPs, chief executive Rizhong Zhang tells PEI. China is awash with recondite fund managers; previous estimates put the number of firms in China anywhere between several hundred to the tens of thousands. Read more about CMC here.

CalPERS’ long-term fix
A former executive at Navab Capital Partners Bob Berlin has launched a long-term fund seeded with $1.5 billion from the California Public Employees’ Retirement System, our colleagues at Buyouts are reporting. LongRange Capital Fund I will invest in the mid-market, plans to back businesses without reference to a fixed term, and is reportedly not seeking any further third-party capital. Long-term investments is part of CalPERS’ four “pillars” private equity strategy, which was approved by the pension’s investment committee in March 2019. Long-term funds are gaining in popularity as one of the methods GPs are employing to hold onto assets for longer.

Investcorp builds in the US
Investcorp has brought on Nicholas McGrane as a managing director in its North American Private Equity Group to lead its post-acquisition efforts in the region. He joins from Evolent Health, where he was executive vice-president, corporate performance and chief financial officer. Investcorp has deployed more than $22 billion in transaction value into around 70 deals in North America.

Virginia Retirement System approved $308 million-worth of commitments to a pair of private equity funds at its October 2020 board meeting, a contact at the pension informed Private Equity International.

The $85.1 billion US public pension has a 13 percent target allocation to private equity, which currently stands at 13.5 percent.