“If we think it’s aggressive now, we ain’t seen nothing yet.” 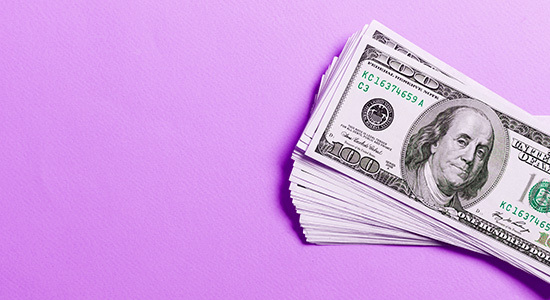 Political donations
The American Investment Council, the Washington DC-based group that lobbies for the private equity industry, is pausing all political donations following events at the US Capitol building last week. “Our country faces enormous health, economic and social challenges that take precedent over politics. In this environment, the [AIC] is pausing all political contributions to candidates from the AIC PAC,” a spokeswoman said. The AIC PAC donated a total of almost $367,000 in the 2020 cycle, with nine out of 10 of the top recipients being Republicans, according to data from the Center for Responsive Politics.

Baltics’ state
On day three of Emerging Markets week, PEI turns its attention to Baltic PE. The “New Nordics” – comprising Latvia, Lithuania and Estonia – raised €1.3 billion via PE and VC funds between 2010 and 2019, with a record €490 million gathered last year, per Deloitte. These countries are attracting LP capital thanks to their relatively homogenous values, strong EU political and judicial institutions, and export-dependent economies. Also under the microscope today: due diligence in Africa and the EMPEA’s plans to dive deeper in Asia.

Sagard du Nord
French-Canadian asset manager Sagard Holdings has launched a PE unit focused on Canada’s mid-market, according to a statement. The firm is backing the strategy with its own capital and will begin capital raising from third-party investors in mid-2021, seeking about $400 million, it said via LinkedIn (It’s unclear whether this figure refers to Canadian or US dollars). Marie-Claude Boisvert, a former partner at Clearspring Capital Partners, will lead the unit and Patrick Daignault, a senior director for direct PE at PSP Investments, will join as partner in February.

Buffett’s Aussie admirers
Lazard’s former Australia chief, John Wylie, plans to raise A$1.5 billion ($1.2 billion; €954 million) for PE-style investments in domestic and New Zealand public companies, the Australian Financial Review reported Tuesday. In an investor letter dated January last year, Wylie’s Tanarra Capital said it had already made three such long-term value investments and raised A$770 million for the open-ended strategy, which will be known as the LTV Fund.

Nordic partners up
Pär Norberg, head of investor relations at Nordic Capital, was promoted to partner this week thanks to his role in raising the firm’s €6.1 billion Fund X over a period of six months last year, per a statement. Philippe Neuschäfer, who focuses on lower mid-market healthcare across the DACH region, also made the step up.

The $148.08 billion US public pension has a 14 percent target allocation to private equity that stands at 14.7 percent.

The pension fund’s recent commitments are to vehicles focused on the renewable, energy, technology, transport, financial services, healthcare and business services sectors within the Asia-Pacific, Europe and North America regions.

For more information on TRS Texas, as well as more than 5,900 other institutions, check out the PEI database.