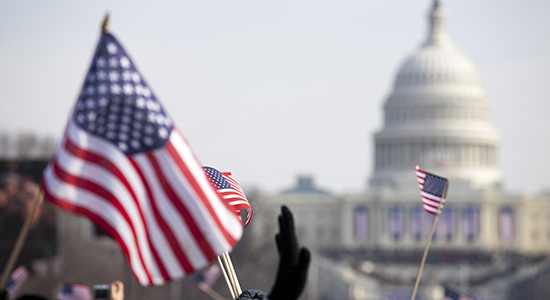 Calling Dem as we see them
As shocking scenes unfolded in Washington DC on Wednesday afternoon and into the evening, two election victories in Georgia meant the Democrats will take control of the US Senate. Here’s some of what the result could mean for the private equity industry:

DE&I another way
PE’s push on diversity, equity and inclusion shows little sign of losing momentum in 2021. Blackstone, KKR, Clayton, Dubilier & Rice and Livingbridge became the latest members of London-based organisation Black Women in Asset Management this week, per a statement. Launched in 2019 with founding sponsor TowerBrook Capital Partners, BWAM is urging organisations to promote racial equity and “go beyond solidarity statements and instead commit to action, activism and accountability”.

The group’s mission echoes an Institutional Limited Partners Association initiative launched in December encouraging LPs and GPs to lead by example on DE&I. Sister title Private Funds CFO caught up with key leaders from Blackstone, KKR and Carlyle Group in December to discuss how the industry can leverage its economic and social power to promote change.

ICYMI
For those who took a break from the exhaustion that was 2020 and abstained from checking emails during the holidays, here are some highlights from PEI‘s end of year coverage:

Family offices are hungry for PE
More than half (55 percent) of family offices expect to grow their exposure to PE, according to BlackRock‘s inaugural Global Family Office Survey, published on Wednesday. On average, such institutions allocate approximately 35 percent of their portfolios to alternative asset classes, within which 10-25 percent is to PE. Finding a replacement for fixed income was the top priority for CIOs tweaking their allocations.