“Nobody wants to be dictated to where and how and what they can create. This represents what may be a very important new paradigm for the future”

An unnamed studio executive tells The Hollywood Reporter that star-backed movie studios are open to private equity investors due to their deep pockets and willingness to sell content to the channel or streaming service offering the best deal. 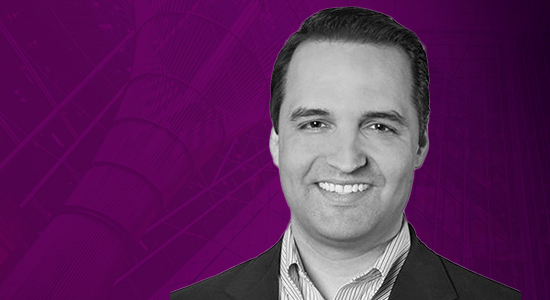 Differentiate or die?
At first glance, last year’s record-breaking fundraising haul suggests there’s never been a better time to come to market. In reality, capital is more likely to flow to those that can offer either scale or specialisation. That’s according to Partners Group chief executive David Layton, who spoke to Private Equity International after the firm’s investor call in mid-January.

“The medium-sized generalists are going to have to figure out how they compete,” Layton said. “You have a lot of firms that have been going long on leveraged equity and participating in the emergence of the [PE] sector more broadly. They’re going to have to find some differentiation in order to be relevant 10 years from now.”

Layton’s comments come at a time of frenzied dealmaking and compressed transaction timelines. This dynamic may go at least some way towards explaining PE’s recent flight to familiarity, in which LP capital has been drawn towards mega-funds raised by large platforms with enough resources to spend speculatively on researching assets that are not for sale. “If you’re a smaller firm with five, six, seven partners sitting around the table, you have to focus on what’s for sale today,” he notes. “And it’s a competitive disadvantage.”

Secondaries soars, but how high?
Secondaries participants are in agreement: 2021 was a bumper year for the strategy. While it’s clear from full-year deal statistics seen exclusively by affiliate title Secondaries Investor that volumes surpassed the $100 billion threshold, it’s less clear by how much. White Plains, New York-based M2O put the number at around $100 billion, while Jefferies and Greenhill reckoned it was $132 billion and $130 billion respectively (registration or subscription required). With a host of major LP portfolio sales processes coming to market of late, 2022 may well build upon last year’s tremendous growth.

Speaking of…
While we’re on the subject of hefty LP sales, Dutch pension giant APG is aiming to sell a chunk of its PE holdings worth more than €2 billion on the secondaries market, affiliate title Buyouts reports (registration or subscription required). It follows news earlier this month that California Public Employees’ Retirement System also wants to sell up to $6 billion from its PE portfolio. The processes have come amid an environment of rich pricing, which generally helps convince institutions to move ahead with plans to rebalance portfolios at a time of frenetic deal activity and fundraising.

PAG ponders public offering
Pan-Asian heavyweight PAG is mulling a $2 billion Hong Kong IPO, Bloomberg reports. The Hong Kong-headquartered firm could list as soon as this year, though no final decisions have been made and there is no certainty it will proceed with an offering. If it does, PAG would be one of only a handful of homegrown listed PE firms in the region, including Korea’s STIC Investments and Mirae Asset Venture Investment. Such moves are, however, becoming more popular globally, with TPG joining its listed peers EQT and PEI Media-owner Bridgepoint earlier this month.