“Any strategic discussions we have had regarding the potential sale of any of Dyal Capital Partners III’s interest in Vista are focused on creating value for Dyal Capital Partner III’s investors, our co-investors and the Vista platform. Those discussions have absolutely nothing to do with recent events at either firm, including the pending Blue Owl strategic combination.”

In a letter seen by Private Equity International, Vista founder Robert Smith and Dyal head Michael Rees address reports of a sale of the latter’s GP stake in Vista. 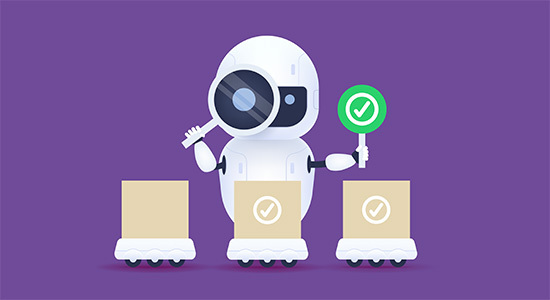 Better dealmaking through data
How can GPs harness technology to source better investments? That’s a question PEI senior reporter Carmela Mendoza sought to address in our March Deep Dive, which examines ways early adopters EQT, Hg and TA Associates have placed data at the centre of their corporate cultures. Motherbrain, EQT’s proprietary AI platform, for example, monitors more than 10 million companies by pulling data from dozens of sources to identify patterns while searching for target investments. “The idea is that we want to model the world,” says Elin Bäcklund, deal engine lead at EQT Ventures.

Data science can also be unleashed on value creation. TA has built a prediction algorithm to assess which B2B tech clients were most likely to grow their accounts and shared the information with a portfolio company’s business development team. Its predictions were 96 percent accurate.

The pair are likely to have some admirers. In a recent survey from sister title Private Funds CFO, 70 percent of GPs said data analytics had become more important over the past 12 months. Keen to adopt something similar? Click here to find out how they did it.

Novalpina’s fracas
European mid-market firm Novalpina Capital, manager of one of the largest debut funds in history, has reportedly called in its LPAC to help resolve a leadership dispute among its founding partners, per Sky News. The London firm best-known for a 2019 scandal involving spyware maker NSO Group was founded in 2017 by Stephen Peel, formerly of TPG; Stefan Kowski, formerly of Centerbridge; and Platinum Equity alum Bastian Lueken. The identity of its LPAC is unclear, though Alaska Permanent Fund, Oregon State Treasury and South Yorkshire Pensions Authority committed to its €1 billion fund, according to PEI data.

A SPAC-tacular exit?
Australia’s Future Fund could be in for an astronomical windfall thanks to a SPAC, per the Australian Financial Review (paywall). The sovereign wealth fund reportedly owns about 10 percent of Rocket Lab, a satellite company which has been linked in recent days to a $4.1 billion merger with US SPAC Vector Acquisition Corp. SPACs are quickly gaining a reputation as appealing exit routes for PE owners: Blackstone has made at least two such deals in recent months and Carlyle says its portfolio companies have explored the instruments as a viable path to liquidity.

Azalea’s bank
Temasek subsidiary Azalea Asset Management has revealed details of the PE portfolio that will generate cashflows for its sixth Astrea collateralised fund obligation. Here are some highlights:

To learn more about the Astrea CFO series, read our previous coverage here.

Massachusetts Pension Reserves Investment Management Board approved $300 million-worth of private equity commitments at its February board meeting, a contact at the pension informed Private Equity International.

Mass PRIM has a 12.4 percent allocation to private equity. The pension recently increased its target range to the asset class from 11-16 percent to 11-17 percent.