“We are seeing a proliferation of hedge funds. They can be quite disruptive, because they can be a lot more fast-paced and bring competition to traditional venture funds.” 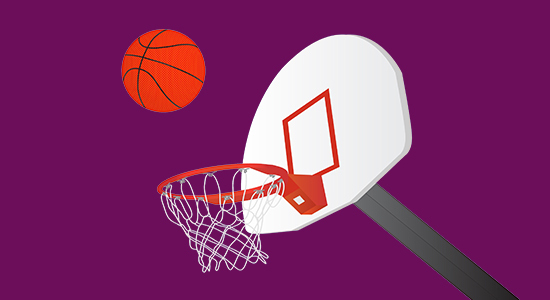 Sixth Street takes a shot
One of the most public feuds in private equity just got a whole lot more interesting. On Friday came the news that Sixth Street had taken a stake in National Basketball Association team the San Antonio Spurs. According to CNBC, Sixth Street took a 20 percent stake, valuing the franchise at $1.8 billion. Readers will recall that earlier this year Sixth Street sued its minority owner Dyal Capital Partners and lost in a spat over Dyal’s plans to merge with credit shop Owl Rock Partners (Sixth Street claimed the merger posed a competitive threat to its own credit business). Readers will also recall that in May last year, the NBA selected Dyal as a partner among institutional investors to take minority stakes in franchises. The timeline of this latest transaction is unclear – the Spurs were reported to be in talks with CVC Capital Partners over a stake sale as recently as February – but it looks like a Dyal portfolio company that harbours grievances about competing in similar arenas to its minority stake owner has struck a deal in a sector that its owner itself wants to be a leader in.

Pandemic fund admin
How has the pandemic impacted PE fund administration? That’s a question Private Equity International sought to address in its latest Fund Admin special report. One trend catalysed by covid-19 has been the rising importance of access to data and tech. With travel and in-person contact nigh impossible, managers and investors have had to adjust at speed to virtual processes – driving them into the arms of third parties who can reduce the time and resources spent on building and maintaining systems in-house. You can dig deeper into this issue, and more, on our dedicated Fund Admin page.

PSP’s PE positioning
Canada’s PSP is slowly reaping the benefits of a pivot to direct investing. Though the pension reported a 28.4 percent PE return for the year-ended 31 March last week, the return fell short of its one and five-year benchmarks. PSP attributed this shortfall to legacy investments made prior to a 2015 initiative boosting its in-house personnel, resources and operations. The most recent portion of its portfolio, invested over the past six years and representing over 85 percent of PE AUM, has beaten its five-year target thanks to direct and co-investments in areas such as healthcare and tech.

Crossing the Finnish line
Finnish growth equity firm Intera Partners has held a one-and-done on its latest fund, per a statement this morning. Intera Fund IV, which had a €300 million target, closed on its €335 million hard-cap. It will pursue domestic and Swedish companies with an EV of €20 million to €100 million. Curious to see how Finland’s PE market has performed to date? State-backed fund investor Tesi last month published its first survey of domestic returns since 2018.

Kiwi fund close
New Zealand PE firm Oriens Capital has held an interim close on its sophomore fund (press release here). The firm has so far collected NZ$80 million ($56 million; €47 million) for Oriens Fund 2 and will keep it open until early July in the hopes of reaching NZ$100 million. Founded in 2016, Oriens raised NZ$50.6 million for its first fund and has completed six investments. The firm is one of less than two-dozen PE shops headquartered in New Zealand, according to PEI data.

Today’s letter was prepared by Alex Lynn with Adam Le.