“Stay put and try not to raise a first-time fund.”

Bleak advice to emerging managers from Dushy Sivanithy, who was revealed last night as the new head of secondaries for CPPIB by sister title Secondaries Investor (subscription required). 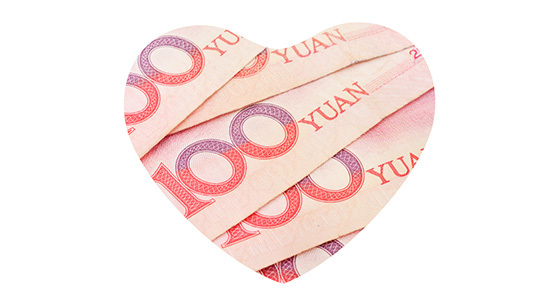 China’s yuan-denominated PE market could gain new appeal for international LPs as US-Sino tensions prompt a move towards deglobalisation. In Q2, Schroder Adveq became the latest – and one of only a handful of western firms – to be approved by Shanghai’s Qualified Foreign Limited Partnership scheme, which enables foreign managers to invest onshore in RMB with capital raised offshore. It has gathered $80 million for a fund of funds targeting domestic GPs, secondaries opportunities and co-investments. With it, the firm can access a pool of managers that dwarfs China’s USD market and help unlock the potential of China’s nascent secondaries market, which is ripe for the picking.

Advent International has bolstered its position as one of Latin America’s most active PE investors, gathering $2 billion for its seventh dedicated offering for the region. Advent Latin American Private Equity Fund VII was in market for 17 months and raised the majority of its capital from returning LPs from its 2014-vintage, $2.1 billion LAPEF VI, according to a source familiar with the fundraising. Oregon Public Employees’ Retirement Fund and California State Teachers’ Retirement System committed $150 million each. State of Michigan Retirement Systems and Alaska Permanent Fund also backed the vehicle, according to PEI data.

The new fund brings Advent’s total capital raised for Latin America since 1996 to approximately $8 billion, the most of any PE firm operating in the region, according to a statement. The firm has yet to begin deploying capital for the vehicle. Target sectors are business and financial services, healthcare, industrial, retail and consumer, and technology.

“Stay put and try not to raise a first-time fund.” That’s the pension giant’s advice for individuals looking to raise a first-time vehicle, according to Dushy Sivanithy, newly promoted to head of secondaries at Canada Pension Plan Investment Board. From an LP’s perspective, evaluating FTFs will involve “incredible levels of referencing and diligence” including disaggregating the performance of the individual from the previous firm, noted Sivanithy at a webinar arranged by the CAIA Association on Tuesday. CPPIB, however, would happily back platform extensions (e.g. growth equity or tech-focused) of GPs they have already invested in since those are the “easiest” to diligence.

LPs should be careful about a “flight to familiarity” as a result of the pandemic. So said Jennifer Choi, managing director of industry affairs for the Institutional Limited Partners Association, at a virtual summit last Thursday. LPs mainly focused on re-ups and backing GPs they met pre-covid and making safer bets could lead to missed investment opportunities during the health crisis, she added.

As illustrated below, Nippon Life Insurance’s recent private equity commitments have been made to funds that focus on venture capital and buyout strategies across several regions.

For more information on Nippon Life Insurance, as well as more than 5,900 other institutions, check out the PEI database.