“[W]e have benefitted from their skills and experience not only in their specialist domains, but in their guidance and mentorship of the whole generation that follows them.”

Jeremy Coller, founder and CIO of secondaries powerhouse Coller Capital, thanks five partners who are set to depart the firm this year, as reported by Secondaries Investor (registration or subscription required). 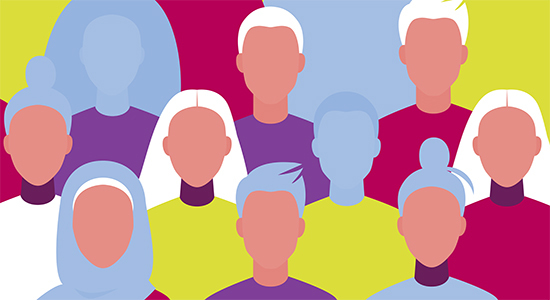 TPG NEXT
TPG has launched a GP stakes strategy targeting diverse managers. TPG NEXT will provide growth capital and operating resources to seed, support and scale diverse investors and entrepreneurs, including women, people of colour and LGBTQ+, per a statement. Here’s what we know so far:

The move will be welcome news for diverse PE managers, which, paradoxically, may be set to suffer as a result of blue-chip GPs upping their game on diversity, PEI reported in November.

A return to growth?
Blackstone has raised what it says is the largest debut growth equity vehicle in history. Blackstone Growth closed on its $4.5 billion hard-cap on Friday, per a statement. Growth equity fundraising dropped 43 percent to $58 billion last year, the largest decline of any PE strategy, according to PEI data. Blackstone’s success may indicate a return to form for the strategy.

Phalippou’s fracas
A spat has broken out between one of private equity’s biggest critics and one of the industry’s largest investment management firms. In a LinkedIn post last week, Ludovic Phalippou, professor of financial economics at the University of Oxford’s Saïd Business School, alleged that an excerpt from Hamilton Lane‘s 2021 market overview, depicting a fictional conversation between ‘Professor Pluto Haddock’ and musician ‘Baylor Slift’, referred to his own research into PE performance. Phalippou, who has since responded with a blog post, tells Side Letter he is studying his legal options re: defamation. The $437 billion Hamilton Lane, for its part, tells Side Letter the Professor Haddock character “represents a generic version of the various academic perspectives against the private markets industry” and not Phalippou specifically. “We would encourage everyone to take this in the spirit in which it was intended, a fictional lively discussion around industry data and findings,” the firm said.

So, a storm in a teacup? Or has Ham Lane roused someone we once posited as “the most dangerous person in private equity” out of PE performance analysis hibernation? We reckon it’s probably a little bit of both.

PE to (more of) the people
An online fundraising start-up is offering a broader set of investors access to Astrea’s VI, the latest collateralised fund obligation from Temasek-subsidiary Azalea. Singapore-based iSTOX will tokenise an undisclosed number of Astrea VI bonds, enabling the exposure to be bought and sold in smaller chunks. Investors can now buy in from $20,000, rather than $200,000.

Astrea bonds generate cashflows from a portfolio of PE fund stakes. The series has been available to Singaporean retail investors for as little as S$2,000 ($1,490; €1,252) since 2018, though the iSTOX offering will apply to higher classes of shares with greater interest rates, and is available everywhere but the US.

Retail investors in the US need not fret; a growing number of PE firms are providing access to the asset class via complex ’40 Act funds’, as PEI explored this month.

A Hill to buy on
Tom Hill, former chief executive of Blackstone Alternative Asset Management, has been named chairman of private investment business Two Sigma, per a statement. The New York firm comprises three businesses – Two Sigma Impact, Two Sigma Ventures and Sightway Capital – which together have about $3 billion of AUM, according to PEI data. Hill, who has been consulting Two Sigma since 2019, will be responsible for strategy and leading any future expansion.