“There was certainly more scope for doing more. The financial organisations in this country were not a powerful, coherent block throughout, and, while some did speak out about the dangers of getting outside the EU, some of them see opportunity too.”

PE veteran Jon Moulton, founder of the UK’s Alchemy Partners and Better Capital, lambasts the country’s financial services industry for not lobbying the UK government more vociferously for the sector to be included in EU trade negotiations 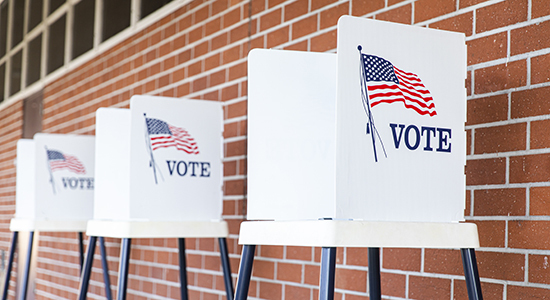 Election perspectives
With hours to go until the US election, here’s a round-up of some private equity-related content from across the PEI Media stable that we’ve made available to our subscribers this week to help inform your thinking:

Swiss banker
UBS and Partners Group have teamed up to provide private markets access to the bank’s wealthy clients, per a statement. The partnership allows UBS clients to access Partners Group’s direct investments via a joint initiative structure which will also offer a sub-portfolio of co-investments. The initiative has an annual investment capacity of between $1 billion and $3 billion. UBS clients will also be able to invest a minimum of €20,000 in Partners Group’s European Long-Term Investment Fund, which will invest in PE, real estate and infrastructure deals. More details here.

Grass greener over there?
Investment bank Greenhill has lost four managing directors from its secondary advisory business, making it seven top-level departures in the space of a month, sister title Secondaries Investor reports (subscription required). Todd Miller, Andy Nick and Chris Bonfield are to join Jefferies, where former Greenhill colleagues Brenlen Jinkens and Scott Beckelman moved in September to launch a secondaries advisory business. Another MD, Brian Mooney, is moving to the buy-side, as did the team’s former head Stephen Sloan, who joined Portfolio Advisors in September. London-based Bernhard Engelien and Briac Houtteville are now leading the rebuild of the team.

Big in Asia
Executives managing some of the world’s largest Asia funds are sleeping easier than at the start of the year. KKR and Carlyle Group – two of Asia’s heavyweights – both credited the region with strong performance in their respective Q3 earnings calls last week. The former said its relative weighting to Asia helped it benefit from the region’s comparatively early recovery and that its Asian Fund III was running at a 24 percent net IRR, outperforming its Americas and Europe funds. Carlyle posted a 14 percent YTD rise in accrued performance revenue, driven in no small part by its fourth Asia buyout fund, which is up 28 percent for the year.

Nordic assets: Reassuringly expensive
The perception that the Nordics is a market with high valuations is partially explained by the types of businesses and deals done there. These are heavily skewed towards “hotter and faster growing segments of the economy” – such as tech, healthcare, fintech, industrial automation – and in many respects, fully deserve those higher valuations relative to other assets, said Joana Rocha Scaff, managing director and head of Europe private equity at Neuberger Berman at the Nordic Private Equity Forum last week. Buyout funds in the Nordics have been among the top performers in Europe last year, delivering an IRR of 16.35 percent, according to data from eFront.

This post has been updated to show that the minimum investment size of €20,000 for UBS clients refers to investments into Partners Group’s ELTIF, and the annual investment capacity of between $1 billion and $3 billion refers to the bespoke joint initiative with UBS.