“It is probably quite challenging to do that if countries like China are excluded completely.”

Jo Taylor, president and chief executive of the Ontario Teachers’ Pension Plan, tells the Financial Times (paywall) it expects to increase exposure in Asia as part of its C$70 billion ($57 billion; €48 billion) push into private markets. 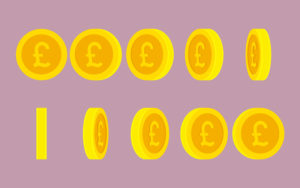 Forward thinking
IPOs seem all the rage these days, and when UK VC Forward Partners unveiled plans yesterday to list on London Stock Exchange’s AIM, one unusual detail caught Side Letter‘s eye: Forward will acquire its entire portfolio of just under 50 pre-IPO companies, representing £103 million ($143 million; €120 million) of NAV, for about £97.5 million.

According to a source familiar with the process, this means LPs in Forward’s two VC funds – which include BlackRock and Draper Esprit – will trade their interests for equity in the newly listed firm, with the discount to NAV mostly reflecting carried interest owed. All existing LPs are understood to have accepted Forward’s offer.

The deal represents a curious path to exit for investors. Forward’s IPO document says it will reinvest the net proceeds of any realisations from its portfolio rather than distributing them, though it may consider dividends down the line. LPs hoping to capture any upside over the long-term may have to rethink where the investment sits within their allocation buckets.

Making a Bee-line for Malaysia
A trio of secondaries execs from Japan’s Ant Capital are planning to spin-out, our colleagues at Secondaries Investor report this morning. Here’s what you need to know:

KIC’s alts goal
Korea Investment Corporation, the $183 billion sovereign wealth fund, wants to raise its alts exposure to 25 percent from 16 percent by 2027, Korea Economic Daily reports. The move is intended to help prepare for the possible liquidity squeeze, upward inflationary pressure and prospective interest rate hikes. You can find out how the world’s biggest PE firms are gearing up for similar headwinds here.

Russell-ing up some capital
Outsourced CIO firm Russell Investments has launched a fund of funds for UK LPs (statement here). Private Markets Fund 2021 is Russell’s second such vehicle, having raised $185 million for its 2019-vintage predecessor. The fund will target up to 20 primary, secondaries and co-investment opportunities, with the aim of delivering an 11-13 percent net IRR. Russell’s move follows a $90 million investment from Hamilton Lane in March, which provides the former with access to the latter’s research and technology.

PE’s trading standards
A recent legal case reminds us that insider trading isn’t only an issue for the public markets. Mounir Gad, a former VP in leveraged finance at Silicon Valley Bank, intends to plead guilty to allegedly tipping off an accomplice with confidential information about three pending PE acquisitions of listed companies, affiliate title Buyouts reports (registration required). Insider trading was an area of concern for PE in an SEC risk alert last summer, with the regulator keen to ensure firms have adequate policies governing management of non-public information.