“If I had my time again, I think being a quant in private equity would be a good place to be. Private equity has been a big supporter of tech businesses, but they’re about as un-tech savvy as you can imagine in their own businesses”

Sandy Rattray, CIO of UK hedge fund Man Group, tells the Financial Times that quants, who use data and computer models to make investment decisions, could push deeper into PE 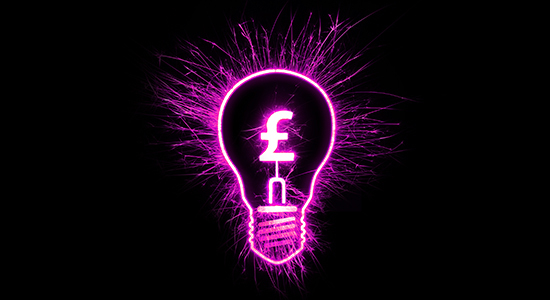 UK’s ‘Big Bang’ theory
The UK government is relaxing a cap on fees paid by defined contribution funds to promote investment into long-term illiquid assets. In a joint letter on Wednesday, the prime minister and chancellor called for an “Investment Big Bang” among the country’s institutional investors to help bolster the UK’s recovery from the pandemic.

“The Government is doing everything possible – short of mandating more investment in these areas as some have advocated – to encourage a change in mindset and behaviour among institutional investors,” the letter said. “The Department for Work and Pensions is reforming the cap on fees that DC schemes can charge to ensure that they are not penalised for over-performance, as well as accelerating the consolidation of the pension sector, including through vehicles such as superfunds.”

DC pensions have been constrained in the past by a 0.75 percent charge cap on the fees and expenses that a pensioner can shoulder. The UK was already consulting on whether to relax this cap and spread the investment fees over multiple years, and has proposed lifting a 35 percent limit on illiquid assets for workplace pension funds. Its call for greater participation comes ahead of a new open-end fund structure to give DC plans a piece of the private markets action. More details of that can be found here.

Autoglass replace(ment capital)
It is increasingly common to see sponsors using GP-led transactions to hold on to their best assets. One such process now in market could be the largest yet. Clayton, Dubilier & Rice is giving LPs in its 10th fund the option to roll into a continuation vehicle with glass repair business Belron or sell their holdings to secondaries buyers, our colleagues at Secondaries Investor report this morning (subscription or registration required). Belron’s subsidiaries include UK-based Autoglass, known for its catchy jingle. The vehicle will be €4 billion-€5 billion, vying in size with an offering from Hellman & Friedman – which last year raised a record $5 billion in a secondaries process involving its 2009-vintage Fund VII.

Single deals accounted for 25 percent – equivalent to $12 billion – of all secondaries transaction volumes in the first half of 2021, compared with around 11 percent, or $2 billion, for the same period last year, according to Evercore. As AlpInvest’s Neal Costello tells Secondaries Investor: “The flavour of the month has turned into the flavour of the quarter, which is now the flavour of the year and I think we’re going to continue to see more of them.”

Apollo’s hiring spree
Apollo Global Management expects to add 300-400 employees this year, chief executive Marc Rowan said during its Q2 earnings call on Wednesday. The move is intended to bolster Apollo’s opportunistic and hybrid business by 50 percent, and strengthen its distribution capabilities globally. Rowan acknowledged that Apollo is increasingly comprised of fee-related earnings-generation businesses, and that the firm will have to evolve its compensation tools, culture and approach in response. For more on Apollo’s earnings, including news of its next flagship fund, click here.

L&G’s Pantheon hire
Speaking of hires, Tanu Chita, a 17-year veteran of Pantheon, has jumped ship to Legal & General. In a LinkedIn post on Wednesday, Chita said he had joined Legal & General Capital, the financial multinational’s alternative assets platform, as an investment director. He had previously served in a variety of roles at Pantheon, most recently as a principal in the London investment team and before that as a vice-president in its secondaries team. L&G Capital invests across real estate, clean energy, alternative credit and SME equity.

Human rights oversight
VC firms are “turning a blind eye” to human rights due diligence, according to a report by Amnesty International. Using the VCJ 50 list of the largest firms, produced by affiliate title Venture Capital Journal (registration required), Amnesty reviewed each manager’s human rights due diligence processes. Of the 53 firms considered, only one – Atomico – had processes that potentially met the standards set by the UN Guiding Principles on Business and Human Rights.

It’s an issue the UN PRI is hoping to address, having pledged in November to give human rights equal priority to climate change. Its aims include aiding LPs with implementing human rights principles and increasing accountability among signatories. If firms are not willing to make these changes of their own accord, pressure from LPs should at least help to get the ball rolling.