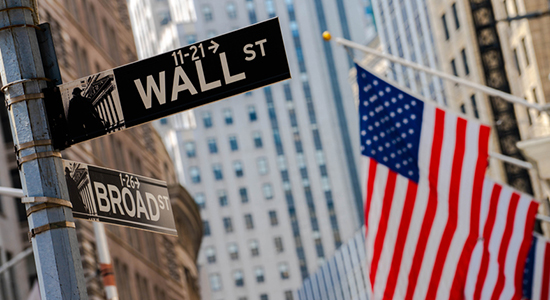 Wall Street banks could receive a private equity boost next week amid reports that US regulators are planning to simplify the Dodd-Frank Act. Five agencies are expected to approve a final rule that removes uncertainty over banks committing to investment funds, according to Bloomberg. The new Volcker rule will reportedly tell banks taking stakes in third-party funds while underwriting or making markets for clients does not have to be counted against overall limits for private equity.

Compliance with Volcker drove many banks away from private equity and to offload assets on the secondaries market. More clarity on limits for riskier assets is good news for these institutions, not to mention the roughly $770 billion in PE funds out there seeking capital.

Speaking of opening up more capital, South Korea’s Financial Services Commission has greenlit a move to open private equity to a wider audience. The regulator has eased requirements for individuals to be registered as ‘professional investors’, streamlined registration procedures and says it has plans for an unlisted trading platform. Investors now need to maintain an investment account with a minimum balance of 50 million won ($41,287; €37,232) over at least one year within the most recent five years, down from around $413,000, and the minimum net asset value has been halved. The move is expected to increase the pool of professional investors from under 2,000 to over 370,000.

LP eagerness to offload assets in GP-led secondaries processes is on the decline, according to research by Evercore. The proportion of investors opting to sell in asset-level deals dropped by 13 percentage points over the last 18 months. Participation in tender offers declined by 9 percentage points. This could be indicative of a profound longer term trend, our colleagues at Secondaries Investor write. Under-resourced LPs, unable to deal with election requests, could be ticking the status quo box as a matter of course, while increasingly sophisticated LPs may be seeing upside in assets that wasn’t apparent before. Is this just an anomaly? Let us know your thoughts.

Apollo’s new impact. Apollo is the latest mainstream asset manager to hop on the impact fund bandwagon: the firm is setting up an impact investment arm and is expected to target $1 billion for its debut fund, per Bloomberg. The firm follows the likes of Blackstone, KKR, Carlyle, Bain Capital and TPG who are all active in the strategy to varying degrees – and that’s not to mention the pure-play impact managers who have been raising and deploying impact capital for decades.

Finnish funds for PE. Varma Mutual Pension Insurance Company increased its exposure to private equity by 0.80 percentage points to 9.80 percent between Q1 and Q2 2019. Here’s a look at the €46.5 billion Finnish insurer’s historical allocation to the asset class. For more information on Varma, as well as more than 5,900 other institutions, check out the PEI database. 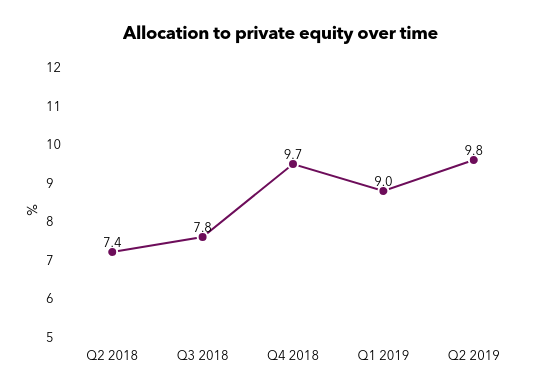