“The rules must be changed to make PE firms and their general partners hold more risk (at present they gain on the upside and face little risk of loss), monitor and publicise their normally opaque operations while making it harder to transfer company ownership, especially in Anglosphere countries”

Robert Wade, professor of global political economy at the London School of Economics, calls for PE reform in a letter to the Financial Times (paywall) 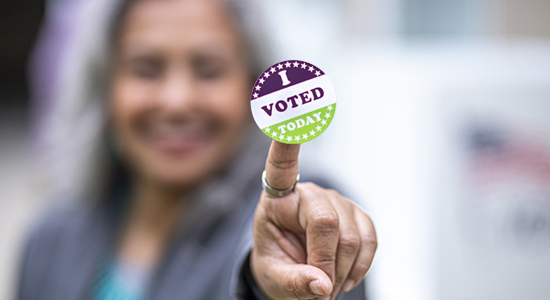 The shortlists are out!
And the votes are rolling in for our annual awards. Nearly 2000 have been cast so far. If you haven’t voted yet, here is the link.

Mega year for secondaries
AlpInvest has become the latest firm to raise a secondaries mega fund. The Carlyle subsidiary raised $9 billion for AlpInvest Secondaries Program VII and an additional $1.2 billion for co-investments, according to a statement released this morning. It is the eighth largest secondaries fund ever.

It is a good time to be sitting on secondaries dry powder, with 2021 shaping up to be the biggest year ever for the strategy. Private Equity International’s latest LP Perspectives study has shown – and further data from Montana Capital Partners have found – that about two-thirds of LPs expect a mismatch in capital calls versus distributions over the next 12 months, which will drive more LPs to sell their PE holdings in the secondaries market. Buying into fundamentally sound companies that are temporarily underperforming due to covid and GP-led preferred equity solutions to support portfolio companies are the two most attractive themes for next year, respondents said in the Switzerland-based firm’s Annual Investor Survey 2020, released on Tuesday.

All change in Quebec
Caisse de dépôt et placement du Québec has another private equity head. Martin Laguerre will be the fourth head of the Canadian pension’s PE programme in a little over 12 months. He replaces Macky Tall, who took the job in early 2020 and is leaving to join Carlyle Group as co-chair of its infrastructure group. Other recent PE heads include Charles Émond, who took the job in 2019 and subsequently became CDPQ’s president and CEO. Before that was Stephane Etroy, who left to become Ares Management’s head of European private equity.

CDPQ’s private equity programme is the world’s fourth-largest, according to our Global Investor 100. The PE strategy has changed significantly in recent years. CDPQ has ramped up high-return direct investing, especially during Etroy’s tenure. More than 75 percent of portfolio assets today consist of co-sponsorships and co-investments.

On your marks
As we approach the year end, the people at the International Private Equity and Venture Capital Valuation Guidelines (IPEV) has issued a reminder to GPs of its valuations guidance issued earlier this year, when markets were all over the place.

In a nutshell: “The key question that fair value measurement seeks to answer is: what price would an informed buyer pay, in an orderly transaction, for the investment at the measurement date (in this case at 31 December 2020)?  Answering this question requires judgement, especially given the elevated state of public markets. It would be anticipated that a potential buyer would exercise prudence when determining the price they would pay. Depending on the facts and circumstances, a buyer at 31 December 2020 may or may not pay the elevated multiples indicated by publicly traded comparable companies and may find it challenging to determine which metric (trailing, forward looking, etc.) to use.”

The $37.66 billion US public pension has a 7.9 percent allocation to private equity.

For more information on Connecticut, and more than 5,900 other institutions, check out the PEI database.