“We are not fazed by minute-to-minute, or quarter-to-quarter gyrations in our portfolio value.”

Ho Ching, chief executive of Temasek “clears the air” in a Facebook post saying that the Singaporean state-backed investor’s annual report will be published in September instead of July. 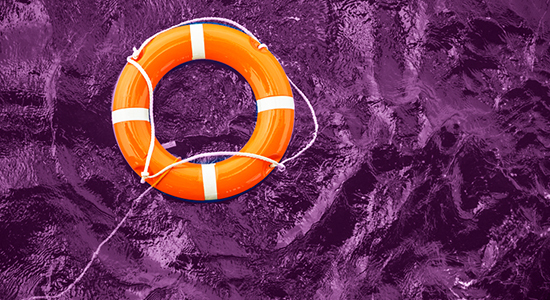 On Monday the US Treasury and Small Business Administration released data showing which companies had obtained loans under the taxpayer-backed Paycheck Protection Program. The Wall Street Journal (paywall) notes the list includes several private equity firms, which would go against government rules in April barring them from receiving state aid. Side Letter has found at least six placement agents in the list, including MVision Private Equity Advisers, Asante Capital, Monument Group, Probitas and Triago. The list notes these firms obtained loans between $350,000 and $1 million from banks including Citizens, Horizon, Silicon Valley and Signature. These aren’t firms “engaged in investment or speculation” (as per the SBA’s ruling), but still, should they be on the receiving end of taxpayer aid? Placement agents are businesses with staff and bills to pay, so one could argue they don’t deserve to be treated any differently during a global pandemic. On the other hand, these aren’t mom-and-pop stores we’re talking about – these are some of the most highly paid people in the industry.

Most of the firms above either declined to comment or didn’t respond to our emails, so it’s hard to know their side of the story. But we understand at least one firm was advised by its bank to apply for a loan as a prudent step amid the covid-19 uncertainty. The loan’s size was certainly “not at the top of that range”, the firm noted.

How to leverage a pension fund

Senior reporter Carmela Mendoza has been looking into how a pension fund goes about leveraging its portfolio, after the California Public Employees’ Retirement System unveiled its strategy last month to leverage up to 20 percent (roughly $80 billion) of its portfolio to invest more in private equity and private debt. Her story will be out this week; in the meantime, here are some early findings:

Waterland Private Equity Investments has appointed Marc Lutgen, a former managing director at MVision, as head of investor relations, spokesmen from the firms confirmed to Side Letter. Lutgen spent 12 years at the placement agent and worked on fundraising of WPEF V, WPEF VI and WPEF VII. He also featured in PEI’s Future 40 last year, our list of the most impressive figures under 40.

Fund structuring in a pandemic

Private real estate managers have had to get creative with their fund structures. Firms that were in the middle of fundraising campaigns when covid-19 hit, especially those that started deploying capital, have a valuation problem to solve, sister title PERE finds. Properties bought pre-pandemic are viewed as overvalued, so prospective new investors are resisting traditional true up practices. Existing investors, meanwhile, are reluctant to carry the load of these tainted assets alone, resulting in a logjam that managers must address to get fundraising back on track.

Los Angeles County Employees Retirement Association intends to maintain its fund commitment target of up to $1.6 billion in 2020, according to July meeting documents. The pension will continue to seek both new and re-up commitments in each investment strategy in its PE programme.

The public pension plans to invest outside the US to increase its international exposure. Over the last five years, its exposure to US-managed funds has been highly concentrated at 78 percent.

As illustrated below, the pension’s recent private equity commitments have comprised buyout and venture capital vehicles within North America and Europe. The pension intends to keep its private equity allocation close to 10 percent; it stands at 11 percent.