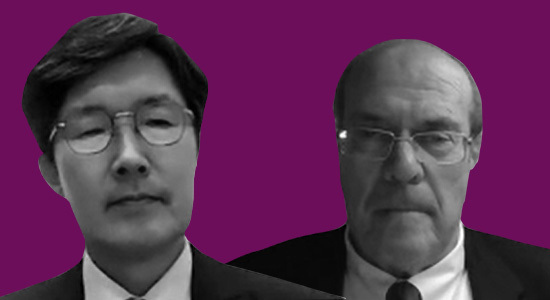 Bearish on Europe
Two veteran LP chief investment officers have warned that emerging markets might be a more appealing bet as Europe and the US grapple with inflationary pressures, interest rate hikes and the Ukraine crisis. Speaking virtually at affiliate title Private Debt Investor‘s APAC Forum 2022, Tom Tull, who spent 12 years as CIO at the $36 billion Employees Retirement System of Texas before his departure in December, told delegates he “would definitely avoid Europe” as geopolitical conflict threatens growth (registration required).

“As we all know, times can change, and they’re definitely changing now, but with that comes the opportunity to pick and choose throughout the world depending on where the best risk-adjusted returns are,” Tull said. “I think there will be some emerging markets that look very compelling… I think there are some tremendous opportunities in Asia.”

Tull’s concerns were echoed by Dong Hun Jang, who concluded a six-year spell as CIO of Korea’s 16.4 trillion-won ($13.4 billion; €12.3 billion) Public Officials Benefit Association in February. Jang said Asian markets have lower levels of inflation and less risk than US or European markets. “I think during the past one year… [the] emerging market investment environment has improved comparatively to those developed market situations. [For] conservative public pensions, it is really hard to extend the emerging market exposure, however now it’s kind of a good time to expand in the emerging markets.”

Though the duo were speaking at a private debt-focused event, their macroeconomic and geopolitical fears are likely to resonate in other corners of the private markets. Private equity GPs, for example, had already started to reassess their strategies last year in light of rising inflation. Consultant Bain & Co has identified eight potential vectors of disruption through which the Ukraine crisis could impact the global business environment and, by extension, their PE owners.

What’s more, the worlds of private debt and PE are becoming more intertwined, with leveraged buyout financings increasingly being clinched by non-bank lenders such as Apollo Global Management, Blue Owl Capital and Blackstone Credit, PitchBook reports this month. Direct lenders are expected to take greater market share in funding large PE deals as traditional banks curb lending and become more conservative as a result of market turbulence. Data from LCD, a unit of S&P Global, shows leveraged loan volume in February stood at $28.7 billion, down from $71.6 billion the prior year.

Deals with direct lenders are viewed as more attractive for PE firms because the former can often move quicker than banks and provide greater discretion and transaction certainty, the report noted. With the amount of dry powder available – credit funds gathered nearly $250 billion between them in 2021, according to affiliate title PDI (registration required) – expect to see more of these players financing mega-buyout deals in the year ahead. How much of that will be in Europe, however, remains to be seen.

Ireland’s allure
More PE managers may turn to the new Ireland Limited Partnership (ILP) structure to access European investors, Private Funds CFO reports (registration required). Panellists on a recent webinar hosted by Apex Group suggested that although many firms are waiting for bigger names to take the leap first; some are already getting familiar with Ireland as a jurisdiction, the ILP structure and how it compares to similar structures in other jurisdictions, and may consider launching their own ILPs in 2022.

Delegates were told of growing interest from PE firms looking to establish parallel European structures for their existing offshore funds, allowing them to distribute to European investors via the AIFMD passport. Other advantages to the ILP include a roughly 24-hour authorisation process, a common law structure and the flexibility to be set up as an open- or closed-ended fund.

New York State Common Retirement Fund has approved a total of $1.19 billion of commitments to various private equity vehicles, according to the pension’s February transaction report.

The commitment to Knox Lane‘s first fund was made through the pension’s emerging manager programme. The transaction was advised by HarbourVest Partners. The KLC fund aims to invest in mid-market companies within the consumer and services sectors in North America.

The $279.7 billion pension fund has a target allocation of 10 percent to private equity, which currently stands at 10.6 percent.