“Next to the originator of a good sentence is the first quoter of it.”

US philosopher Ralph Waldo Emerson probably did not have private equity in mind when he wrote the above, but his words are no less applicable to the asset class.

In January, Private Equity International launched a differentiated daily service – Side Letter – to deliver paying subscribers a mix of context and insight from its own headlines, as well as the best of the rest. Each newsletter concludes with a pertinent quip or observation of the industry.

Here are some of our favourite quotes from the year that was.

“Truly good businesses are exceptionally hard to find. Selling any you are lucky enough to own makes no sense at all.”

Warren Buffett explained in February why shareholders need not worry about the tax implications of selling any of Berkshire Hathaway’s wholly owned businesses.

“I always feel that whether they like us or not, we are guaranteed to be the asset management industry’s biggest customer.”

Hiromichi Mizuno of the Government Pension Investment Fund of Japan told PEI in April why he believes GPs will want to align with the pension.

Carlyle co-founder David Rubenstein told delegates at the IFC/EMPEA conference in Washington, DC in May about setting up Declaration Capital.

“Being an effective CFO involves being a good acrobat, diplomat and doormat.”

Brendan Dolan, European finance director at HIG Capital, on the role of the CFO at the Invest Europe CFO Forum 2019 in June.

“After 15 years shovelling vast amounts of salt with a dessert fork, I have joined Akin Gump on the promise of a shovel. Business as usual, new office.”

“The banks bore the brunt for the last 10-12 years and we’ve all sat back and watched it happen. If we are not careful, that regulatory pendulum can swing towards the private markets.”

“One is more well-orchestrated, like a New York Philharmonic concert, the other one is like stepping into a jazz improv situation.” 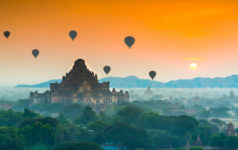 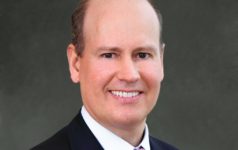 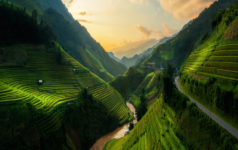 KKR’s new Asia co-head: ‘We should be prioritising countries like Vietnam’