Blackstone is a global investment firm which invests capital on behalf of pension funds and large institutions across alternative asset classes.

The firm was founded in 1985 by Stephen A. Schwarzman, its current Chairman and CEO, and Peter G. Peterson (who retired from the firm in 2008). Jonathan Gray serves as President and Chief Operating Officer and Hamilton E. “Tony” James is Executive Vice Chairman. 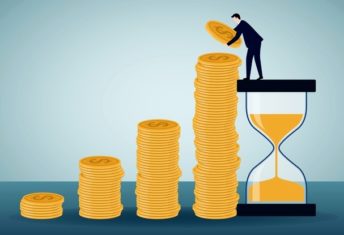 Carmela Mendoza
-
26 January 2023
While capital raising across strategies 'tends to ebb and flow, the overall path of travel is towards more alternatives', says Blackstone’s president and COO.

PE’s democratisation marches on: Story of the Year

Behind the headlines: Clash of the titans

Blackstone closes in on $1trn in AUM

Blackstone unfazed by impact of LP cashflow constraints on fundraising

View all Blackstone funds in market >

In June 2007, Blackstone completed its initial public offering on the New York Stock Exchange and commenced trading under the symbol “BX.”

In October 2010, Blackstone purchased a 40 percent equity interest in Pátria Investimentos S.A. (“Pátria”), a leading Brazilian alternative asset manager and advisory firm that was founded in 1988. Blackstone’s investment in Pátria is a minority, non-controlling investment.

In April 2019, Blackstone announced that it is converting from a publicly traded partnership to a corporation.

As of January 2021, Blackstone has raised $8.4 billion for its open-ended Blackstone Property Partners Life Sciences vehicle which launched in October 2020 following the firm’s recapitalization of BioMed Realty Trust, its mega life sciences platform.

In March 2021, the firm held a final closing of Blackstone Growth at $4.5 billion, exceeding its $4 billion target.

In January 2022, Blackstone announced the final closing of its fourth capital opportunities fund after collecting $8.75 billion in commitment.

A verification email is on its way to you. Please check your spam or junk folder just in case.

If you do not receive this within five minutes, please try to sign in again. If the problem persists, please email: subscriptions@peimedia.com.

Not for publication, email or dissemination