For investors looking to tackle global warming concerns, agriculture is one of the sectors that can have the biggest impact on the environment. 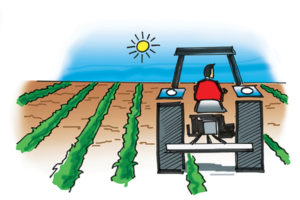 Hot on the heels of the UN Intergovernmental Panel on Climate Change’s worrying global land use report, Climate Change and Land, Jeremy Coller’s Farm Animal Investment Risk & Return initiative published a separate study highlighting the same concerns: food production’s impact on the environment. Both reports featured equally daunting findings, with the IPCC estimating that if pre- and post-production is considered, agriculture, forestry and other land uses account for 21-37 percent of all human-made carbon emissions. The 2019 FAIRR Index found 43 of the 60 largest animal protein producers (globally processing 70 billion animals a year and accounting for 14 percent of all emissions) fail to accurately measure their greenhouse gas emissions.

But with so much work to be done to improve the sustainability of global food production processes, the impact investment opportunity is equally significant. The decades-long focus on fossil fuels has put coal firmly on the road to becoming a stranded asset – the Coller Capital chief investment officer has suggested something similar could happen with the food we eat.

“The Paris agreement is impossible to achieve without tackling factory farm emissions,” Coller, a long-time vegan, said at the launch of the 2019 FAIRR Index. “Coal is a stranded asset, and cows are the new coal.”

Could blockchain prove to be the missing link in the impact investment chain? 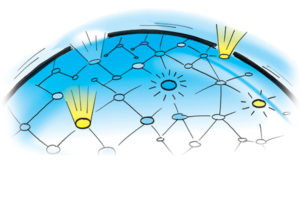 Best known as the decentralised or distributed ledger that underpins cryptocurrencies such as Bitcoin, blockchain technology is being used to create ‘impact tokens’ that investors can use to fund projects. At the forefront is Moeda Seeds Bank, a Brazilian micro-finance technology company, which won first place in a UN-sponsored ‘hackathon’. Lack of access to banking is a big barrier to small businesses in emerging markets.

Moeda uses blockchain technology to connect impact projects directly to investors. The digital ledger also allows investors to keep track of a project’s progress and offers accountability, thereby helping to provide investors with proof of impact. In March, Moeda partnered with private equity impact investor Bamboo Capital Partners and the government of Togo to launch the BLOC fund. Its target is to invest €100 million in blockchain projects that could benefit low- and middle-income populations in emerging markets.

Florian Kemmerich, managing partner of Bamboo Capital Partners, says blockchain is one of the biggest untapped impact investment opportunities and has the potential to transform millions of lives in some of the poorest regions of the world.

The Togo government agrees. Cina Lawson, the country’s minister of posts, digital economy and tech innovation, believes the fund will “attract the most innovative international companies developing tech solutions which can improve the living conditions of people in Togo and across Africa. It will also serve to support local tech entrepreneurs to grow their businesses, providing them [with] capital and tech expertise.”

“Climate change is such a huge issue that impacts society and the environment on so many levels – from the economy, human health and the ability to feed people, through to water availability and civil unrest,” says Shami Nissan, head of responsible investment at Actis. 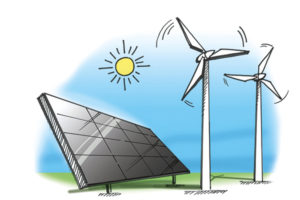 “It is the number one issue that we face as a society and a planet. As a result, you cannot overstate the impact of clean energy on sustainability.” Indeed, clean energy is one of the largest parts of the clean technology landscape, with the World Energy Outlook 2018 report from the International Energy Agency estimating that investments in renewable energy supplies will need to reach more than $2 trillion a year to 2040. And we are currently nowhere near this – in 2018, $289 billion was invested globally in renewable power and fuels, according to the Renewables 2019 Global Status Report – which suggests that, as the global economy moves towards decarbonisation, there is plenty of scope for investment in renewables.

That does not just mean investing in solar or wind projects. “One of the biggest developments we’re seeing is in battery storage for renewable energy,” says Adam Heltzer, head of ESG and sustainability at Partners Group.

“That is clearly critical for more widespread adoption of clean power sources. We’ve invested in a renewables platform in Australia, for example, and that has a highly scalable battery storage component to the business.”

Yet there are many other strands to clean technology – from energy efficiency and sustainable transport to sustainable materials and efficient food production and agriculture. “Clean technology cuts across multiple industries,” says Taylor Jordan, managing director at Goldman Sachs Asset Management. “There are several themes that we believe benefit from macro tailwinds, but investors need to be careful about capital intensity and adoption curves.”

It’s a view shared by Heltzer. “Climate change is the 2,000lb gorilla,” he says. “You have governments, the private sector and civil society all working towards addressing what has become imperative. From an investment and business perspective, one of the most significant developments is the creation of the Task Force on Climate-related Financial Disclosures because it will force investment managers to think more critically and work tangibly to address the risks and opportunities. That clearly presents increased scope for growth in the clean technology sector.”

Although clean technology may have got off to a difficult start, with many early investments in clean energy in particular yielding poor returns for investors, significant reductions in the cost of solar and wind technologies over recent years have made this part of the sector much more competitive. There are also new types of clean technology emerging. “We are increasingly seeing capital-light business models that promote greater resource efficiency,” says Jordan.

“Energy efficiency is a key strand here,” adds Heltzer. “One of our investments, Techem, for example, is now managing the transition of millions of residents across Europe to meters. Previously their energy and water bills were based on the size of their apartment. But by billing them according to usage, consumption has reduced by 15 percent or more.”

Diversity has been in the spotlight in recent years with institutions, particularly large US pensions, keen to see their GPs addressing the issue within both their investment teams and portfolio companies. 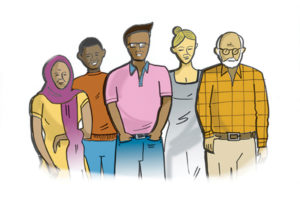 The reason is simple: gender and ethnic or cultural diversity can lead to better investment decisions, ultimately resulting in higher returns for investors. According to research by McKinsey, companies placed in the top quartile for gender diversity at the executive level are 21 percent more likely to generate above-average profits than those in the bottom quartile. For ethnic and cultural diversity, top quartile businesses are 33 percent more likely to outperform on EBIT margin.

Yet the private equity industry has a long way to go. Data compiled by Bloomberg found women account for just 8 percent of senior investment roles at the top 10 largest private equity firms. In the US, a study from the Knight Foundation this year found that minority-owned private equity firms accounted for just 3.8 percent of the 2,800-plus firms surveyed. Not addressing diversity can have financial consequences. A deficit in workplace diversity contributed to Chicago Teachers’ Pension Fund passing on a $50 million infrastructure allocation to Blackstone and Brookfield Asset Management last year. Nevertheless, some firms are taking the lead, such as Carlyle Group, which hired a chief diversity officer last year.

“Diversity is inevitable in impact investing, both from the way that we do and practise impact investing, the diversity and range of tools we need to use, but also the range of people we need to reach, based on gender, ability, ethnic background and sexual orientation,” says Faye Drouillard, founder of impact foundation The Giving Circle of Ireland. “It’s part of our everyday existence.”

According to the UNESCO Institute for Statistics, around 263 million children and adolescents are out of school worldwide — equivalent to one in five.

At the same time, of all the money in the world spent on education, only 0.5 percent goes to low-income countries, even though they contain roughly the same number of children as rich ones. D Capital Partners in its Impact Investing in Education paper noted: “Education impact investing could mobilise new funding, enable private sector engagement in both public and private education service delivery, and introduce and scale approaches or tools to improve efficiency of service delivery, promote innovation in teaching and learning methods, and monitor outcomes and systemic effectiveness.”

Private capital has already been doing this, all along the value chain. CDC Group and New Enterprise Associates have invested directly in schools, such as Bridge International Academies, a Kenyan provider of affordable K-12 education. In 2015, Omidyar Network invested in South Africa’s Siyavula, an educational technology provider. Distance learning providers and groups that help with the transition from education to employment are also potential targets of private capital.

Investing in the sector is not without challenges. Deal sizes are small relative to other impact sectors. Improvements in educational attainment are difficult to measure and often take many years to come to fruition. Patient capital is required to achieve returns and make an impact. It can also be difficult getting buy-in from the state, which sees education as falling within its own purview. Yet by adopting a localised approach, investors are showing that these challenges are surmountable.