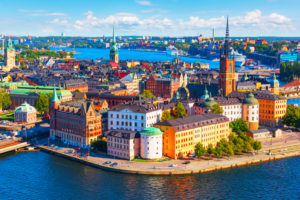 Sweden’s AP4’s is strengthening its alternatives team as it ramps up its exposure to private markets.

The 349.3 billion kroner ($41.8 billion; €37.1 billion) pension fund has a team of three investment professionals in its alternatives team and plans to recruit more in the near-term, Tobias Fransson, head of strategy and sustainability at the fund told Private Equity International.

“That would happen over a period of time and also depend on where the investment guidelines end up, ie, how much we can invest directly and what can we only do through fund investments,” he said.

Following changes to the investment rules under a law that kicked in on 1 January, AP4 can allocate up to 40 percent of its total portfolio to illiquid assets. The previous cap was 5 percent.

The updated rules also provide greater flexibility with regard to illiquid investments, allowing AP funds to invest directly in unlisted assets. In addition, the rules set out common core values for managing funds and guidelines on reporting and investment restrictions.

AP4 is studying how it can make direct investments in unlisted equities and credit, it said in its 2018 annual report.

Investments in infrastructure companies as well as in unlisted companies and in credit portfolios with other long-term asset owners are some ways AP4 will boost its exposure to alternatives, Ruud noted.

Fransson said AP4 is waiting for additional investment guidelines from the government, which will be effective on 1 March 2020, before the pension makes any significant changes to the portfolio. The fund will have more clarity on its alternatives programme by the end of the third quarter of this year, he said.

AP4 generated a return of 13 percent after costs in the first half of this year, the highest return that the pension has had for a single first half-year since the start of the new pension system in 2001.

The pension has backed funds managed by EQT, Accent Equity Partners and Priveq Investment, according to PEI data.