If energy storage is to achieve its projected growth, power markets around the world will have to adopt a standardised contract similar to power-purchase agreements used in the renewables space.

Little doubt remains about the potential for energy storage to be the next great infrastructure disruptor, but the sector has yet to attract capital from a large number of institutional investors. What’s keeping that capital away has less to do with the technology risk of a new type of asset and more to do with how exactly they will make money.

“One thing we don’t have for energy storage that I think is absolutely critical to unlocking this market, especially to access cheaper financing and to help make investors more comfortable with these assets, is any sort of standardised PPA for the services it delivers to a customer,” explains Anissa Dehamna, associate director of the energy storage group at Navigant Research, a clean technology-focused market research company.

Energy storage seems like a sector poised for growth – seen by many as a natural complement, or back-up, to cheap, but not always active, solar and wind projects. Attached to a renewables source, batteries store excess generation and switch on whenever production dips. At the grid level, they can provide demand-response services when additional power is needed most.

The sector is already taking off in North America and Europe, with around 302.3MW and 244MW of utility-scale storage capacity expected to come online this year, respectively, according to Navigant Research. The future of energy storage also looks bright in Asia-Pacific, where renewables are being built the quickest. But the lack of a standardised framework that says in writing how battery assets will generate revenue is holding back a lot of, but not all, investors from committing to the sector.

According to Aris Karcanias, who co-leads FTI Consulting’s global clean energy practice, “the floodgates have yet to open in a meaningful way, as they have for renewables. However, there are important niche opportunities developers and investors are exploiting to cut their teeth as the market matures.”

There is certainly a trickle of institutional capital moving into the space. Swiss manager SUSI Partners is raising a dedicated energy storage fund that will invest in OECD assets providing load-levelling, ancillary services and decentralised energy supply. And even if investors have yet to commit to energy storage, there is a strong recognition of the value batteries will be able to provide.

“Every project we have in our portfolio right now, we’re looking at storage for those projects,” John Breckenridge, head of Capital Dynamics’ $3.5 billion clean energy infrastructure group, says.

‘Wait-and-see situation’
Energy storage is young, involves new technology and is being built in power markets already in transition from waning fossil-fuel production and increasing clean energy penetration. It doesn’t take a lot to throw off the economics of what makes batteries profitable, something a reliable service contract could help mitigate.

Take Zouk Capital’s investment in UK storage developer Green Hedge. Zouk, a sustainability-focused growth capital investor, committed £30 million ($40.7 million; €34 million) to Green Hedge last July to help the developer build a storage pipeline of projects ranging between 10MW and 50MW of capacity. But at the end of last year, the UK government de-rated batteries from the capacity market, decreasing an annual payment those assets would receive for providing power to the grid.

“That stream of revenue to a large extent has been reduced.” Massimo Resta, a partner in Zouk’s clean infrastructure team, says. “That opportunity is not as attractive as it was at the time.”

Resta says the uncertainty in this space around what type of contracts should back storage projects and how they should be remunerated has created a “wait-and-see situation” for some investors.

However, his belief that energy storage is a burgeoning investment opportunity has not diminished. He says that once the market has matured and standardisation kicks in, batteries are assets capable of generating low double-digit returns.

“We just wanted to secure some assets and wait for the right time to build them,” Resta explains. “The immediate opportunity is not as attractive as it was maybe 18 months ago, but in the long run, I think it still is.”

There’s a similar story in the US, where last year the Federal Energy Regulatory Commission changed rules governing frequency regulation services in the PJM Interconnection power market in the country’s Northeast. Like in the UK, batteries in operation or under development had a vital revenue stream reduced, changing their project economics.

“A lot of the assets in that market were de-rated, meaning a 20MW asset may be a 13MW asset in the eyes of the market,” Dehamna says.

A different mindset
Vishvesh Jhaveri, director of project finance and strategy at San Francisco-based energy storage company Advanced Microgrid Solutions, agrees that a standardised contract for batteries will help investors better understand the “risks and rewards” of these assets and will unlock a cheaper cost of capital to build them.

In 2016, AMS received a $200 million investment from Macquarie Capital and long-term project financing from CIT Bank to build a 50MW portfolio of battery systems in Southern California. The projects, the first round of which began operation this year, all have contracts with the utility Southern California Edison to power commercial and industrial customers.

AMS calls the contract it uses an “energy management services agreement,” Jhaveri says, designed to deliver savings to the customer rather than on a dollar-per-kilowatt-hour basis, like a PPA.

“Most of the people doing this are solar developers, and they don’t want to rock the boat on a solar PPA as much as possible,” Jhaveri explains. “When someone like AMS, who is primarily a storage developer, enters the mix, we come in with a blank slate and a different mindset as to what the contract needs to look like in order to maximise revenue.”

And once a framework that works for energy storage is established, certainty around an investment in this sector will follow.

“If we create certainty around how assets are compensated, that also makes designing and integrating assets much more standardised,” Dehamna says. “The market has been moving very fast. I would say within three years we’ll get this figured out just because the number and size of projects has been increasing rapidly, and we’re starting to see quite a bit of momentum building.” 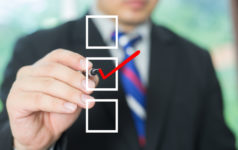 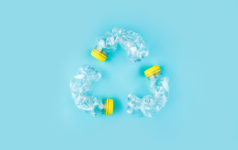