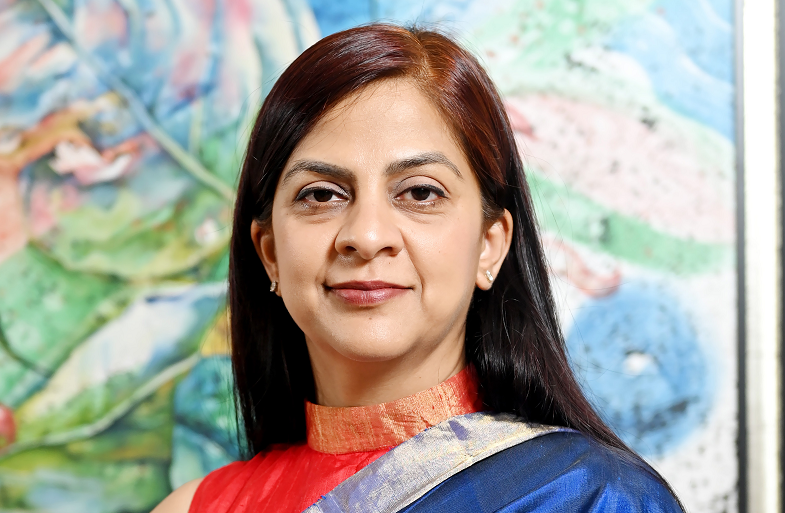 It was during her first networking event as a new investment officer at the International Finance Corporation that Nupur Garg noticed the extent of private equity’s gender imbalance.

“I was the only woman on the guest list – the only woman in the room – and that’s how the host recognised me, because we’d never met,” she told Private Equity International.

Garg – who serves as an independent investment committee member for India’s National Investment and Infrastructure Fund – spent more than a decade at IFC, most recently as its regional lead for South Asia. When she left the organisation in 2019, little had changed.

“When I joined the IFC, I went for a complete landscape evaluation trip, spent a week on the road meeting seven or eight fund managers every day,” Garg said. “Fast-forward 10 years later, do I really see women GPs get added? I don’t. That to me became a very powerful thing.”

WinPE’s efforts to address the imbalance are threefold: it engages with firms to devise actions and solutions to the gender imbalance; seeks to empower women in private markets via training, networking and mentoring; and enhance the participation of female talent in the investing ecosystem.

PEI caught up with Garg to discuss the process in greater detail.

What sets WinPE apart from other gender-focused initiatives?

I don’t want WinPE to be an association of women, by women, for women, because if the industry is 93 percent male then you really are not going to make any difference by just talking to the women. If you really want to move the needle in the future, you have to talk to all the stakeholders, decision makers, employers and leaders. We are more along the lines of an industry association; we want firms to work with us because that is where change will happen.

Can you give an example of how you work with PE firms to improve their diversity?

The starting point was how to hire in a more diverse manner. Any mandate that member firms give out to talent placement firms will require a minimum threshold of women candidates and they have all committed to adopting at least two blind-screening processes in their recruitment. One firm has committed to a minimum percentage of new hires being women to build diversity.

The other thing WinPE firms have done is measure and track data on a quarterly basis both for themselves and portfolio companies. In asking how many portfolio companies have women on their boards and in the workforce, and how many are on our own investment committee, is really the way to keeping on track when it comes to these commitments.

Can there be improvements at the senior level overnight, or are your efforts made with future ‘generations’ of PE executives in mind?

That is going to be a tough one, primarily because there aren’t too many women at the mid-level. The other challenge that exists is a lot of firms are not really geared to think about how to take those mid-level women all the way to the senior level.

A lot of the work we’re doing at WinPE is to define a clear career path that if you’re a principal, this is what you need to do to become a partner. Once there is clarity on the career path, you’re starting to eliminate unconscious biases or subjectivity from the system and making it clear that these are the expectations and how your performance will be measured. In many ways, that levels the playing field for women.

For the women we have at mid-levels, we may have a greater chance retaining them and seeing them rise to the senior levels. The bigger challenge will be in increasing that population because the industry’s still not very comfortable with lateral hiring.

How much onus is there on LPs to push for greater equality at the firm level?

Money talks – you have to start at the top of the capital chain. Having been an LP, it would not be fair to say I’ll only invest if you meet a certain threshold, because ultimately it’s about encouraging progress and one has to be cognisant of the fact that LPs have to build a portfolio that is going to deliver against a certain strategy and mandate.

For many LPs return is a very strong parameter in their mandate. If we expected LPs to say I’ll eliminate a very high performing fund manager just because they’re all male, a) it’s not going to be something that works for LPs and b) it defeats the purpose. What I’d love to see is LPs say you’re very high-performing and I’m happy to invest in you, but I would like you to work with me in changing how you’re building your team and making progress on gender diversity.

This is how it happened with ESG. The DFIs never said we wouldn’t invest in a company that wasn’t ESG compliant – they said we’ll draw up an action plan. I’d love to see these conversations become more common, while making sure that the conversation around gender diversity stays integrated with investing.

Nupur Garg is founder of non-profit organisation WinPE. She serves as an independent investment committee member for India’s NIIF, an external expert for the Government of India Fund of Fund for Start-ups and an IC member for the Dutch Good Growth Fund. She’s also an independent director at SIDBI, the Indian DFI.