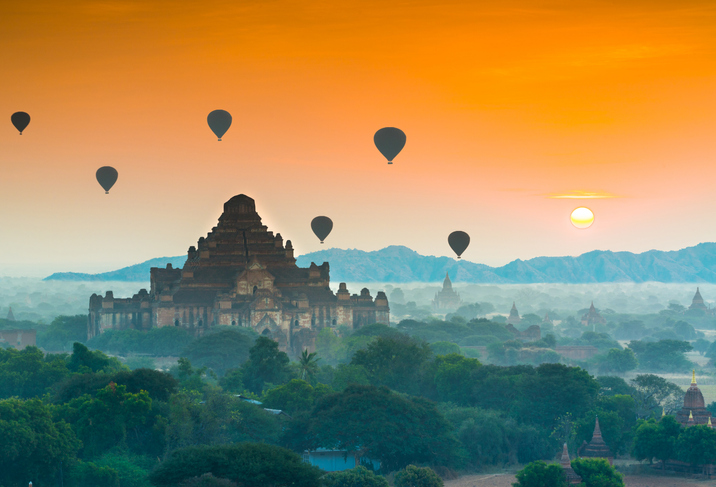 Myanmar – a country the World Bank ranks as 165th in terms of ease of doing business – is not an obvious destination for private equity investors.

The Myanmar Private Equity and Venture Capital Association, an 11-strong industry body launched in September with backing from UK development finance institution CDC Group, is on a mission to change that dynamic.

The association’s members have an estimated $200 million of total dry powder available for Myanmar.

Private equity activity in the country has grown steadily over the past four years. This year 19 deals have already completed, exceeding the 15 signed last year and the six in 2017, according to S&P Global Market Intelligence. The $52.8 million deployed this year is also on track to surpass the $62.7 million invested in 2018.

Global behemoth TPG is among those that have ventured into Myanmar. Its $300 million investment last year in telecoms tower Pan Asia Majestic Eagle was among the largest on record for the country. The firm also backed Myanmar Distillery Co in 2015 before exiting to Thai Beverage Public Co two years later.

“I would characterise Myanmar as a country that’s surprisingly got a more vibrant market for private equity,” CDC’s head of South Asia Srini Nagarajan told Private Equity International, “as opposed to some of the neighbouring countries [such as], for example, Pakistan and Bangladesh.

“Myanmar has got more fund managers, both on the venture capital side and on the larger private equity and growth capital side. Though the market is pretty nascent in a slightly [less established] way on the exit side, which is still evolving, [private equity] is also helping them to create a more vibrant first-generation entrepreneur environment.”

The country also has a population of 55 million, of whom around 28 percent are under 24, and projected GDP growth of 6.8 percent in 2020.

Myanmar only became a viable destination for Western investors in 2012, when the US and EU relaxed sanctions following a by-election that saw the National League for Democracy, led by Aung San Suu Kyi, gain ground. Still, some industry participants remain unconvinced.

“The landscape for investment was not what private equity companies were expecting in 2012,” said Gregory Miller, managing partner of investment advisory firm Myanmar Capital Partners and former CIO for Japan and Korea at AIG Group.

MCP, which had planned to raise a country-focused private equity vehicle in 2012, failed to secure the necessary funding due to a lack of foreign interest.

“The opportunities are few and far between,” Miller added. “Myanmar wasn’t right for private equity. There’s the issue of accounting, links to the military and companies who think they’re going to get your money for nothing.”

Myanmar has traditionally struggled with its reputation as a hotbed for ‘crony’ businesses, whereby companies bribe those in power – namely the military – for their own advancement. “A company that was operational and successful enough to be attractive to private equity would need to be condoned by the regime,” Miller added.

The treatment of Rohingya Muslims in the western state of Rakhine since 2016, which the UN has described as an atrocity, has also acted as a deterrent to western capital. London-listed holding company Myanmar Investments announced plans to wind down in September, citing “the post-Rakhine crisis difficulties in raising significant capital in western markets, a fragile domestic banking system, increasingly complex political landscape and the slow pace of reform”.

ESG is a must

As the World Bank noted in an October report, Myanmar has introduced substantial improvements in enabling businesses to be set up, dealing with construction permits, registering property, protecting minority investors and enforcing contracts. The Myanmar Times has reported that the country’s courts have also mandated greater disclosure of transactions and corporate transparency.

Navigating its business landscape still requires some nous. “Myanmar has much more of a need in terms of impact and ESG than perhaps other markets,” Price said. Many of the MPEVCA’s members, Anthem and Insitor included, follow an ESG or sustainable investing theme.

“The funds operating here will make very strong business integrity checks to ensure they’re not involved with politically exposed people,” she added. “Because of all the negative publicity about this market, you have to engage more to build a more developed private sector, but you’ve got to be very careful how you do it.”

It is for this reason that most of the capital for Myanmar funds has traditionally come from development finance institutions, which are mandated to have a much higher appetite for risk. CDC has invested $53 million in the country, according to its website.

“The larger funds raise mostly from DFIs, like ADB, IFC and CDC,” Price said. “There’s also some South-East Asian family offices or high-net-worth individuals who, maybe for historic reasons, are more interested in this country than others. We don’t have much insurance or pension fund money.”