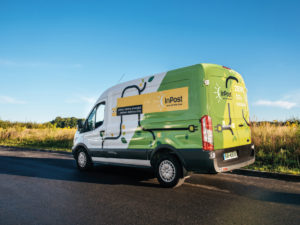 Poland’s InPost, founded in 2006, specialises in offering a more sustainable and convenient delivery service by providing a network of self-service parcel lockers. It aims to reduce carbon emissions by minimising door-to-door deliveries.

Advent International first invested in InPost through a public-to-private transaction in April 2017. One of the firm’s key areas of focus was to expand its network of InPost lockers and automated parcel machines. By the end of 2020, the number of APMs had increased from around 4,000 to nearly 12,000 and the number of lockers had grown from 332,000 to more than 1.5 million. Around half of the Polish population now lives within seven minutes of an InPost locker, double the proportion in 2017. Between 2017 and 2020, the company’s market share of Poland’s business-to-consumer market had grown from around 17 percent to approximately 43 percent.

Under Advent’s ownership, the gross margin per parcel increased by over 75 percent.

International expansion was also a priority, with Advent honing the company’s strategy and operations in the UK. Around 10 markets were exited upon investment to enable the company to focus on the UK, and most of the APMs in those markets were redeployed to Poland to boost domestic growth.

With a new strategy in place in the UK and a number of new partnerships with clients such as Boohoo, Missguided, Hut Group, Arcadia and Superdry, weekly parcel volume increased from 6,000 to 100,000 between January and December 2020.

In the company’s 2020 annual results, it reported that revenue increased by 104 percent year-on-year and operating EBITDA grew by 184 percent. In January 2021, InPost listed on Euronext Amsterdam. The IPO raised €3.2 billion including the exercise of an over-allotment option and is understood to be the largest European tech IPO at the time.

The judges praised Advent’s growth strategy for InPost, including efforts to enhance efficiency through tech, improve customer reach and experience.