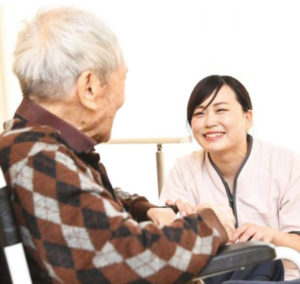 Vati is a Japanese nursing home operator focused on the lower cost end of the market. NSSK backed the business in October 2016, embarking on a multi-faceted transformation programme covering everything from a human capital development strategy to marketing initiatives and diversity efforts.

Key among NSSK’s value creation strategies was a focus on analytics. The firm developed a tool with a multi-variable equation that drives better decision-making for new facility expansion. The tool optimises decision-making on location, size and scope that drives lower cash break-evens. The result has been a 16 percent increase in the number of facilities, a 31 percent growth in sales and EBITDA margins of 13 percent.

Occupancy management was another priority, because of its impact on both revenues and profitability. This was achieved through a complex revenue management programme that required sales initiatives with hospitals and nursing care counsellors, as well as the elderly population directly. Systematic calling programmes were initiated and monitored. The combined effect was an increase in occupancy levels from 84 percent to 92 percent.

Recruitment and retention, meanwhile, can be challenging in the care sector. As a result of employee compensation schemes tied to performance, training and education programmes, the development of career path blueprints for every staff member, and strong communication between facility managers and head office, the number of employees at Vati increased by 23 percent during NSSK’s period of ownership, while retention levels reached industry highs in what is an extremely competitive labour market.

NSSK also instilled a strong commitment to environmental, social and governance principles, including diversity and inclusion. The firm led initiatives around hiring and promoting women to key management positions, as well as hiring people with disabilities, which it believes has contributed to the company’s overall success. Today, 80 percent of Vati’s staff and 68 percent of its managers are women.

It strengthened governance protocols at the company through the establishment of a compliance promotion office, which facilitated more frequent and robust internal audit procedures, as well as enhancing training and development in this area.

NSSK sold Vati to an investor group that includes Neuberger Berman in early 2020. While the actual returns are not disclosed, they are believed to be in excess of 3x MoM and over 45 percent gross internal rate of return.

“The social impact on women’s leadership in a Japanese company is inspiring,” remarked one judge. The judging panel highlighted the strong growth numbers achieved across the board and praised NSSK’s role in introducing a comprehensive ESG strategy, particularly around employee retention and diversity.