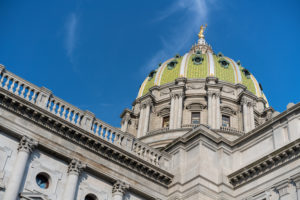 In Pennsylvania a bill must pass both houses of legislature (House and Senate) three times before going to the Governor for his signature or veto, a source familiar with the process told Private Equity International. HB 1964 passed the House on the second consideration, with an amendment, and is expected to come up for its third and final passage in the House next week. The bill will head to the Senate next. Any bills that do not pass both chambers in a two-year session die, the source said.

Pennsylvania Treasurer Joe Torsella, vice-chair of PPMAIRC, had expressed support for the bill. In a letter to the state’s House of Representatives dated 28 October acquired by PEI, Torsella noted the provisions in HB 1964 were neither “novel or radical”.

“Those who possess a financial interest in maintaining the current opaque practices at the two pension funds have argued against their implementation but it is noteworthy that each of the provisions have already been implemented, in whole or in part… Claims that transparency measures will ‘undoubtedly cause material financial problems’ are without merit,” Torsella wrote.

The provision in the bill to allow access to unredacted materials would “cripple” PSERS’ alternative investment programme, currently more than 40 percent of the total fund, according to executive director Glen Grell’s 15 November letter to the Independent Fiscal Office. PSERS’ general investment advisor Aon projected a decline in investment returns by 4 basis points in fiscal 2021 and falling by 85 basis points per year beginning fiscal 2031 and beyond if the bill came into effect with these provisions.

“An 85 basis point drop in returns will result in the loss of approximately $490 million annually based on today’s net asset value of approximately $58 billion that would have otherwise been earned by the Fund,” Grell wrote in his letter, noting that resulting losses would significantly increase annual employer and tax payer costs.

The disclosures required by the bill would put PSERS at a competitive disadvantage since it would not be able to guarantee confidentiality and thus not receive information essential for due diligence or fee reduction negotiations, Grell wrote.

Meanwhile, SERS reached out to a number of its existing private equity managers to understand the implications of the bill, which “ indicated that they would not partner with SERS in the future if this particular section were implemented,” according to executive director Terri Sanchez’s 15 November letter to the Fiscal Office.

“While there is no absolute certainty that we would be shut out from such top-performing investment opportunities, based on the feedback received, as fiduciaries, it is a clear risk that we must take into consideration,” Sanchez wrote.

If the pension system were unable to invest in private equity, private credit or private real estate, it would need to reallocate capital to lower returning asset classes such as public equity and fixed income. In such a case, the expected actuarial rate of return would drop to 6.566 percent from 7 percent and volatility would increase, Sanchez wrote.

PSERS provides reporting of commitments, contributions and distributions annually and presented its first carried interest report in October 2018. Both SERS and PSERS do not report detailed performance reported by fund managers.