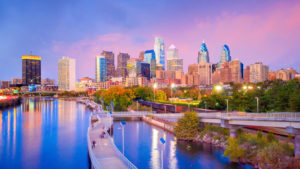 Rosemont Investment Group, an investor in asset managers, has made the first investment from its permanent capital vehicle that closed on over $200 million in June 2018.

The Pennsylvania-based firm has acquired a minority equity interest in Virginia-based 1607 Capital Partners, which invests in equities and fixed income through closed-end funds.

In its earlier incarnation as Rosemont Investment Partners, the firm raised three closed-end funds targeting minority equity stakes in other investment management businesses. It invested in 30 companies and has exited 22 of them. The firm scrapped the traditional private equity fund model in favour of the permanent capital vehicle last year, removing the pressure to invest and divest within the timeframe of a fund’s lifecycle. It was renamed at the same time.

“You don’t have a gun to the head and won’t make decisions that can put you at odds with management because of misaligned timeframes and agendas,” founder Chas Burkhart told Private Equity International. It will make between eight and 12 permanent capital investments over time, but does not have a pacing plan, according to Burkhart.

The firm reviewed 85 prospective investments in the last 15 months before deciding to make an investment in 1607 Capital Partners. “The strategies they invest in are relatively unique; they have less competition than traditional equity and fixed income managers, and have a blue-chip client base for whom they have delivered great returns over the years,” said Burkhart.

Rosemont was an early adopter of the increasingly popular funds of firms model, a space that is hotting up with units from Blackstone, Goldman Sachs and Neuberger Berman investing heavily in the strategy. Capital Constellation, backed by five large global LPs, also operates in this space, as does newly formed StonyRock and Bonaccord Capital Partners, a unit of Aberdeen Standard Investments.

“There’s certainly ample competition and there is capital coming out of many places,” Burkhart said. “The problem though, will be to find good businesses that are sustainable, not particularly volatile, not likely to go out of business or suffer significant drawdowns that would impair them, perhaps permanently.”

Rosemont prefers high-quality firms that have had an internal transition of equity. “A broad partner base owning the majority of equity creates a more sustainable company,” Burkhart said.