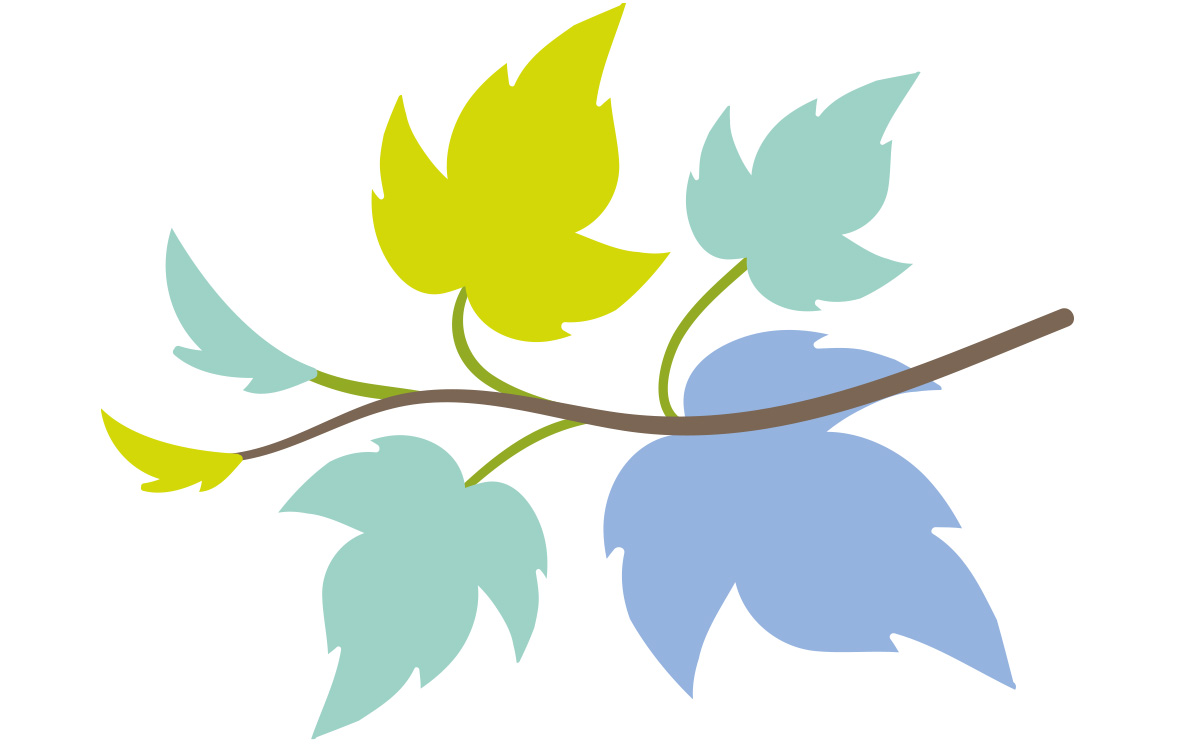 Like a fast-growing vine, secondaries strategies are creeping into the nooks and crannies of every alternative asset class, with real assets and private debt being the latest terrain where secondaries have taken hold.

That is the picture painted by this year’s Secondaries Investor 50, Private Equity International’s exclusive ranking of the biggest fundraisers of secondaries capital over the last five years. All told, the 50 firms on this year’s list have amassed $311.49 billion for secondaries, a figure larger than the gross domestic product of Chile.

PEI expanded its ranking from 30 to 50 this year to capture the growing number of participants. Even on a like-for-like basis, the growth is impressive: the top 30 firms on this year’s list raised a combined $283.23 billion, a 73 percent increase from when the SI 30 launched in 2016.

“If you put the [73 percent figure] into the context of overall secondary market growth, it’s not surprising,” says Johanna Lottmann, managing director at PJT Partners in London. She notes that annual market volume has grown more than that over the last six years. The last 12 months of market activity has been relentless, with some buyers turning down opportunities due to a lack of resources, Lottmann adds.

Ardian (1) tops the list for the sixth year running. The Paris-headquartered firm amassed $38.43 billion over the past five years, including $19 billion for its latest ASF VIII programme in May last year. That effort – the biggest pot of capital ever raised for secondaries – was 50 percent deployed as of June, according to the firm’s US co-heads Mark Benedetti and Vladimir Colas. That suggests Ardian could be back on the fundraising trail within the next 12 months.

Multibillion dollar fundraises have peppered the secondaries fundraising landscape over the past year. HarbourVest Partners (4), AlpInvest Partners (5) and Coller Capital (12) each raised flagship vehicles larger than $8 billion, while LGT Capital Partners (7) and Hamilton Lane (13) raised $6 billion and $3.9 billion, respectively, for their latest secondaries programmes over the same period.

“If the secondaries market simply maintains the growth rate of the last 10 years, it will be a half-trillion dollar market by 2030,” says Jeremy Coller, chief investment officer and managing director at Coller Capital, which closed its Coller International Partners VIII fund on its $9 billion target in January. “Given the continuing boom in private markets, and the wide appetite for secondary buying and selling, nothing we see in today’s market makes us think its growth is going to slow.”

BlackRock, which has been building its secondaries team since 2018, raised more than $3 billion in March for its inaugural secondaries programme, including co-investment capital. The fund had invested in at least 15 transactions as of March across both GP-led and traditional LP deals, according to Veena Isaac, a managing director in BlackRock’s secondary and liquidity solutions group.

Ardian remains the market leader, but much else has changed over the years.

The first SI 30, published by affiliate title Secondaries Investor in 2016, has much in common with the most recent incarnation. Ardian is at the top and all the other usual suspects are present in the top 10. There is, however, a profound difference. In 2016, this ranking of the biggest fundraisers in secondaries was worth just shy of $160 billion. Last year’s ranking was worth $255 billion.

In the five years running up to the 2020 list, Ardian raised $47.3 billion, Strategic Partners $31.1 billion and Lexington Partners $26.8 billion. In short, the three biggest fundraisers accounted for the equivalent of 65 percent of the entire 2016 total. Growth is happening at the bottom of the ranking, too. Rothschild Merchant Banking ranked 30th last year with $1.62 billion, while W Capital Partners, which ranked 30th in 2016, raised $905 million.

If the past 16 months are anything to go by, the pace of growth in this decade will be just as intense. There continue to be new, big entrants on the buy- and sellside, and firms are returning to market with a never-seen-before regularity. With all this in mind, we decided this year to upsize the ranking to 50 firms.

The most important thing to bear in mind is that the ranking tracks equity amassed over a rolling five-year period – it is not a tally of assets under management. This rewards consistent fundraising activity over a sustained period and one-fund-wonders and firms living off former glories are quick to drop down the ranking.

The rise and rise of secondaries

Overall, fundraising for secondaries strategies has been on an upward trajectory over the past five years. Of the top 10 largest private equity funds raised in 2020, four focus on secondaries. The strategy represented 15 percent of the total capital raised last year, on par with the amount raised for venture capital and higher than that raised for growth equity, according to PEI data. The picture was similar in the first half of this year, with secondaries vehicles accounting for 14 percent of all private equity funds that held final closes by dollar value, PEI data shows.

The 10 largest firms on the SI 50 accounted for 63 percent of the combined capital raised by the 50 firms on the list, a sign that the largest managers still speak for the majority of secondaries dollars.

New to the top 10 is StepStone (8), which has moved up 21 spots since it appeared on the inaugural SI 30. The firm, which manages secondaries strategies across private equity and real estate, grew its five-year fundraising total by more than $8 billion between last year’s list and this year’s. StepStone will likely move up even more in future rankings due to its purchase this year of VC-focused secondaries firm Greenspring Associates. The transaction, which is set to close by the end of the year, will add more than $17 billion to StepStone’s assets under management.

“A lot of this goes back to the cost of capital and return expectations,” Craig says. “Infrastructure is a different asset class to private equity, where the returns are very different, so having an infrastructure or real assets secondaries fund would make more sense. What we’re starting to see and what we’ll see more of is more funds based around asset classes as the market starts to service more than just private equity.”

Among the large asset managers with a specialist focus in secondaries is Brookfield Asset Management, which is yet to appear in the ranking. The Canadian giant said in February it had begun raising capital for its real estate secondaries platform, with plans to follow up with programmes for infrastructure and private equity.

Another specialist is Stafford Capital Partners (25). The London-headquartered manager is active across real assets and in August this year raised $695 million for its ninth timberland-focused secondaries fund, the largest such fund ever raised.

“To have reached this milestone amongst a global pandemic is a testament to the resilience of the global timberland market and Stafford’s diverse investment approach including secondaries, co-investments and primary fund commitments,” Stephen Addicott, co-managing partner of timberland at Stafford, said about the fund’s close. 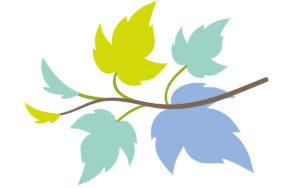 What is next for the seemingly unstoppable secondaries market? Paul Hastings’ Craig says the biggest challenge over the coming years will be matching capital to assets. “All the ingredients are there, it just needs the people and skills to do it,” he says. “Other markets have supply and demand issues. I don’t think that’s an issue in the secondaries space.”

Verdun Perry, global head of Blackstone Strategic Partners (2), says the opportunities in the secondaries market far outweigh the challenges ahead. The growing application of secondaries by both LPs and GPs will continue to drive deal volume, he says. “We expect to see increased opportunity for specialisation in areas like credit secondaries, growth secondaries or infrastructure secondaries as the market evolves and becomes more developed and complex.”

Definitions
Secondaries: For purposes of the SI 50, the definition of secondaries capital is capital raised for a dedicated programme of investing directly into the secondaries market. This includes equity capital for diversified private equity, real estate, buyout, growth equity, venture capital and turnaround or control-oriented distressed secondaries investment opportunities.

Capital raised: This means capital definitively committed to a secondaries investment programme. In the case of a fundraising, it means the fund has had a final or official interim close after 1 January, 2016. You may count the full amount of a fund if it has a close after this date. And you may count the full amount of an interim close (a real one, not a ‘soft-circle’) that has occurred recently, even if no official announcement has been made. We also count capital raised through co-investment vehicles.