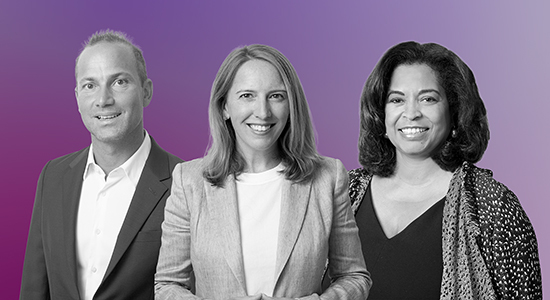 Apollo Global Management has announced the leadership team for its new impact investing platform, Apollo Impact. Firm veteran Marc Becker will co-lead with Joanna Reiss, who joins from Cornell Capital, where she was a founding partner and led the ESG programme. Lisa Hall, who joins from Georgetown University’s Beeck Center for Social Impact and Innovation, has been named chair of impact, and will help develop and oversee the platform. Apollo is understood to be seeking $1 billion for its debut social impact fund, per a Bloomberg report last summer.

Private equity marks are returning to – and in some cases surpassing – pre-lockdown levels, according to investment officers at the Massachusetts Pension Reserves Investment Management Board. Investment director Michael Bailey told trustees that the public markets recovery and easing of lockdowns had allowed “the private equity managers to re-mark those holdings to much higher values”. He added: “We think we’ll be able to re-trace and actually go past those negative reports from March.” Read Justin Mitchell’s full report here.

Private markets giant Ardian just doubled the size of its mid-market fund programme. Ardian Expansion Fund V closed at €2 billion after six months of fundraising, the firm said this morning. Previous investors in the programme accounted for half of Fund V, managers committed nearly 5 percent of the capital and the fund attracted SWF money for the first time. Fun fact: the Expansion team distributes part of its capital gain to all employees of its portfolio companies at exit.

The $357 billion global investment firm Neuberger Berman joined those asking for more time to raise capital amid the pandemic. It requested fundraising extensions for two of its vehicles – an additional four months for NB Strategic Co-Investment Fund IV and six months for NB Private Equity Impact Fund “to accommodate potential LPs that required more time”, noted 11 September pension fund committee documents for the Oxfordshire Pension Fund. LPs would typically be supportive of such requests and expect fundraising timelines to lengthen to up to six months, industry participants told PEI in March. About a third of GPs in PEI’s May Covid-19 Study said they are extending the fundraising period, while 64 percent were looking to carry their fundraise to the initially planned timetable.

Our regional guides on North, Southern, East and West Africa should do the trick. With the ratification last year of the African Continental Free Trade Area, which is designed to create a single continental market for goods and services, private equity activity is expecting a boost. Click here for an overview in presentation format.

…is the subject of an FT profile this morning (paywall), chronicling the New York firm’s progress in building a platform and reputation for growth investing in the region. One anonymous co-investor reportedly says: “When they started doing Asia tech, like investing in Gojek [an Indonesian ride-sharing firm] in 2016, it caught everyone by surprise. Now, though, their through process has evolved.”

South Carolina Retirement System has confirmed $957 million-worth of commitments across nine private equity vehicles between April and August 2020, according to minutes from the pension’s September 2020 commission meeting.