An anonymous financing lawyer comments in the Financial Times (paywall) on “a new era of uber-aggressive” debt transactions and how some PE firms are unhappy with them. 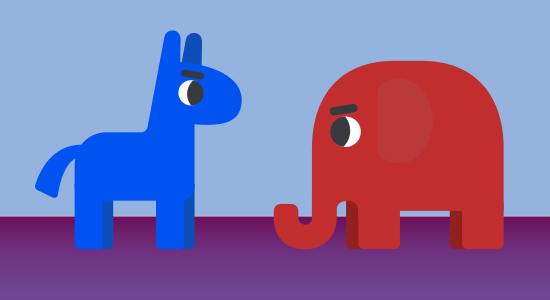 Private equity employees are leaning Democrat this year. Staff of the 40 most politically active private funds have given a combined $38.2 million in direct donations to candidates this year, according to sister title Regulatory Compliance Watch. Of that, nearly 53 percent of private equity advisor donations has gone to Democrats. At the company level, Blackstone is the biggest PE spender so far, donating $21.1 million mostly to GOP candidates or conservative groups, followed by Bain Capital, which has donated $6.5 million, mostly to Democrats or liberal causes.

From RCW‘s Bill Myers’ article: “It’s still early in the election cycle, and the direct donations are but a small segment of private funds’ political largesse – the 40 most active private equity and hedge fund companies have combined to spend nearly $136 million on PACs and other ‘soft’ spending, CRP records show – but it’s still a remarkable turnaround. In 2012, private funds’ largest PACs gave more than 57 percent of their donations to Republicans.”

We’ll bring you more on those later today, but if you can’t wait Apollo’s are here and Carlyle’s here.

Tikehau’s private equity coffers have swollen considerably over the past year. The Paris-headquartered firm reported €2.3 billion of PE AUM as of 31 June, up 53 percent from the same point last year, according to its latest H1 report. The firm collected €350 million during the first half of the year, driven by a second special situations fund that was launched in Q4 2019. It also raised €59 million from Spanish private clients for its first European Long-term Investment Fund and was actively raising a PE fund dedicated to energy transition.

Ardian has overhauled its methodology for assessing the societal impact of its buyout investments. The firm has integrated ESG assessments into its investing since 2009. The main difference with its latest model is: 1) it considers factors beyond standard ESG integration to include the full value chain of the company, and 2) combines a sector-agnostic score. Ardian’s methodology links each sustainability theme identified for a given company to one or more UN SDG targets. It plans to extend the methodology to its expansion portfolio and infrastructure business. More details to follow.

Scoop: Benelux- and Germany-focused firm Avedon Capital Partners has collected €500 million for its fourth fund, its largest vehicle thus far, Side Letter has learned. Avedon Growth Capital Fund IV, which was launched in February, is already 65 percent larger than its predecessor. It has a hard-cap of €575 million and the firm has yet to hold a final close on the vehicle.

ACE Management has held a first close for Ace Aero Partenaires, according to a press release from the firm. The fund will invest in the aeronautics industry to help the recovery process from covid-19-related issues. Ace Aero Partenaires has had commitments from institutions such as Airbus and Dassault. The fund has also had a €200 million investment from Tikehau Capital, its parent company, which acted as anchor investor.

For more information on ACE Management, as well as more than 5,900 other institutions, check out the PEI database.