“The stuff we’re seeing in the US today – we have to be more creative and more thoughtful about putting capital to work.”

KKR CFO Robert Lewin tells Bloomberg that deployment in the US has become more of a challenge than it was during last year’s pandemic pricing dislocation. 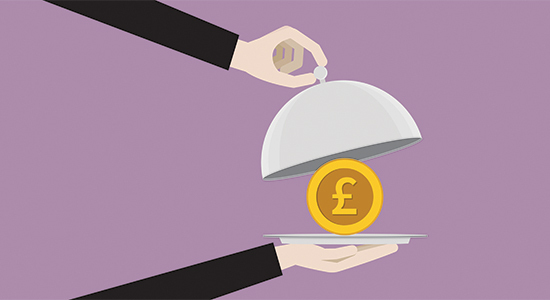 Bridgepoint’s listing
Breaking news this morning: Bridgepoint, owner of Private Equity International publisher PEI Media, wants to go public. The London-headquartered firm said on Tuesday it intends to raise £300 million ($415 million; €349 million) by issuing new shares on the London Stock Exchange, which it will use in part to expand existing strategies and launch new ones. We’ve trawled the IPO documents so you don’t have to – here are some key takeaways.

Faure-tune teller
Simon Faure, a veteran of the UK’s M&G Private Funds Investment, has jumped ship to IKEA-related investment firm, IH International Advisors. PEI caught up with Faure three months into the job to discuss his investment priorities at IH International (spoiler alert: portfolio re-balancing and a tilt towards Asia and Europe VC), and main concerns for PE. Read the full interview here.

Faure is something of a stalwart of the UK LP community, having led the Prudential PE investment arm’s £4 billion ($5.6 billion; €4.7 billion) PE portfolio since 2004. You can watch him discuss the pandemic’s impact on the asset class in our LP Perspectives video from February.

Goldman mines the impact seam
Another day, another private markets powerhouse plants a flag in the impact space. Goldman Sachs is motoring towards the $1 billion target for its debut private markets impact fund, reports affiliate title New Private Markets (registration required). Ken Pontarelli, who heads Goldman’s recently formed Sustainable Investment Group told NPM that the segment in which its new fund operates – growth-oriented PE deals with an investment bite size of between $25 million and $100 million – is less competitive than other parts of global private markets: “We have seen a lot of capital formation in infrastructure and in the venture capital space, but there is not a large number of firms operating at this size of the growth equity sector.”

Aiming high
Five Arrows, the PE unit of Rothschild Merchant Banking Group, has raised €450 million for its debut small-cap growth fund, per a statement this morning. Five Arrows Growth Capital held a final close above an undisclosed target and will pursue Europe’s healthcare, education and tech sectors. It marks the unit’s second close this month, having also collected €366 million for its second PE fund of funds. Growth equity has taken off in 2021, driven in no small part by the changing role of technology in our lives and strong returns.

Alaska’s appetite
Alaska Retirement Management Board has raised its target PE allocation by one percentage point to 14 percent, P&I reports (subscription required). The $32 billion pension currently has a 13.66 percent exposure to the asset class. Recent commitments include $40 million to Insight Partners XII and $25 million to Genstar Capital Partners X, according to PEI data.

Today’s letter was prepared by Alex Lynn with Carmela Mendoza and Toby Mitchenall.