“You want people who are passionate, who love this, who view it like a sport that they want to compete [in]. They want to deliver for the investors. They’re passionate about figuring it out.” 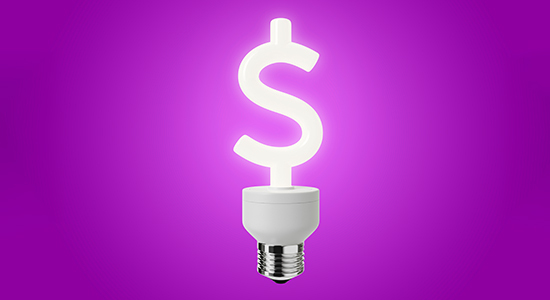 Idea to save the planet: don’t divest yet

We won’t save the planet by dumping investments related to fossil fuels. That’s the message from Chris Ailman, chief investment officer at the $243 billion California State Teachers’ Retirement System. “Divesting is just a buy-sell decision, and that’s what the activists have to realise,” he said on a panel yesterday (full story here). “They’ve told us they hope that divestment will bring about social change because these companies will lose political influence. The reality is, if we sell our shares, somebody else will buy them, and, in fact, an investor who does not care about climate change.” In many cases, what is actually needed is more capital to enable a transition to a lower carbon model. “If you starve the industry completely of capital, they’re not going to be able to transition as quickly and as effectively,” said CPP Investments president and chief executive Mark Machin who joined Ailman on screen.

McGeever Family Office, a North Carolina-based investor, is set to raise its debut vehicle that will back the commercialisation efforts of medical devices companies in the US, Side Letter has learned. Capital raised from its Leverage Commercial Operations Capital Healthcare Fund, which has a hard-cap of $75 million, will target five deals. McGeever has been employing the strategy over the years as a single-family office and wants to bring in multiple family offices into its model, says managing partner Kevin Schimelfenig. The health crisis has resulted in a convergence in the medical device space with a surge in M&A and surplus products that can be expanded and positioned for a much higher return for divestiture, he adds.

Investment bank China Renaissance is fittingly going through a private equity rebirth, moving from back seat co-investor to deal lead. The Beijing institution just closed its Huaxing Growth Capital USD Fund III on $600 million – the first of its USD-denominated vehicles that will exclusively lead deals, CEO Fan Bao tells PEI. The bank’s previous funds had predominantly co-invested in cherry-picked sales processes advised by its investment banking division. The transition, which we’ve explored in greater detail, will enable China Renaissance to “pile as much capital into them as possible” into domestic super-unicorns.

L Catterton gets the cream

Consumer specialist L Catterton is on the cusp of closing its biggest fund yet, per sister title Buyouts. L Catterton IX and a parallel pool have secured more than $3.7 billion, leaving it just shy of a $4 billion target, considerably larger than the $2.75 billion Fund VIII. Park Hill is working as placement agent on the fundraise.

New hires for Hayfin and PAI

PAI Partners has hired an operations veteran to lead its efforts in Europe’s DACH region; Ralph Heuwing has had two stints as CFO for industrial businesses having spent 17 years previously at Boston Consulting Group. He joins as partner.

And a new office for ICG

The listed private debt and PE investor has opened an office in Milan; it is moving two London-based execs (Luigi Bartone and Giulio Piccinini) over to staff it.

Oregon State Treasury invested up to $600 million in two private equity funds in June, according to the system’s September board meeting.

Highlights from the meeting:

For more information on Oregon State Treasury, as well as more than 5,900 other institutions, check out the PEI database.