“If private equity sponsors can take money off the table then they are doing it; there’s going to be more coming for sure.” 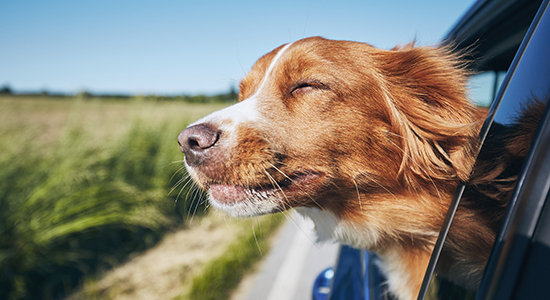 A global placement firm has turned to recreational vehicles and taken “fundraising road show” to another level amid the pandemic. The firm has arranged an RV for a US-based client, a first-time fund manager, for a week-long trip across the US to meet LPs, Side Letter has learned. The GP is holding meetings in parks, campsites and other open spaces, while social distancing, a source with knowledge of the fundraising told PEI. It is unclear which investors the GP has met and how many park meet-ups it has done thus far.

French firm Eurazeo has stepped up its commitment to ESG and diversity with its “O+ strategy”, the second phase of its responsible investment initiative, which the firm formally set out to do in 2015, according to a statement. Its two main pillars are achieving net zero carbon emissions by 2040 and promoting a more economically inclusive society.

Momentum is gathering behind the push for diversity and inclusion data in the investment sphere. It’s not PE-specific, but data business Refinitiv just launched its “D&I top 100” ranking of diverse and inclusive companies. Only two finance or investment businesses made the cut: BlackRock and Nomura. In the VC world, meanwhile, Crunchbase earlier launched a “Diversity Spotlight” element to its database, allowing investors to filter managers using diversity as a filter (press release here).

The road to LP commitments. Despite increased adoption by LPs of virtual due diligence processes, it remains difficult for them to invest without at least one in-person meeting, according to Campbell Lutyens’ latest LP Sentiment Update. Only 24 percent of LPs that back new GP relationships said they can underwrite a fund commitment without meeting face-to-face.

In placement firm Elm Capital’s September private markets update (download here), the firm offers this insight into the fundraising in a pandemic: “While virtual GP-LP communication is now dominant and may stay as permanent practice in investor relations, we remain unconvinced that a full shift to virtual will take place when it comes to fundraising, especially in the lower mid-market and for emerging managers. In these segments, we expect investors will continue to look to spend time with the manager before committing and that having the right access to investors will remain fundamental.” Good news if you are in the business of raising lower mid-market funds.

Zamo Capital, which was set up last year to invest in impact investment firms, has added some private equity bigwigs to its bench. Neil Harper (former CIO of Morgan Stanley AIP Private Markets) joins to chair the board, Merrick McKay (head of European PE at Aberdeen Standard) joins the board, Rikkert Beerekamp (CFO of Avedon Capital Partners) joins as a partner and Patrick Scheurle (former CEO of impact investor Blue Orchard) joins as a partner. Zamo (team page here) was set up by Leapfrog founder Jim Roth.

Asset management giant Schroders has acquired Sandaire, a European multi-family office, in a bid to grow its ultra-high-net-worth business (press release). Sandaire had around £2.3 billion ($2.9 billion; €2.6 billion) in client assets as of June this year and hired Michael Mowlem, formerly of LGV Capital, to launch a fledgling private equity business in March.

Today’s letter was prepared by Toby Mitchenall with Carmela Mendoza.