“We found that the competition for women, especially in investments, is extremely fierce.” 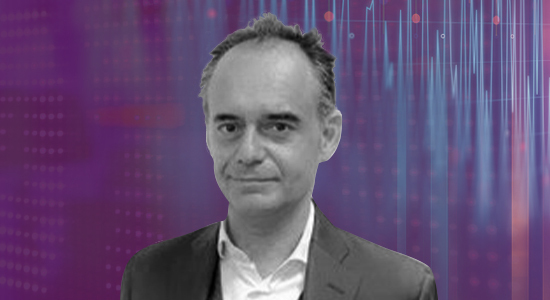 Clessidra fundraising
Italy’s Clessidra is back on the fundraising trail with its fourth flagship fund, chief executive Andrea Ottaviano tells PEI. The firm has begun pre-marketing for Clessidra Capital Partners 4, for which it wants to raise as much as €600 million, and expects a first close by end-April. The fund launch comes almost a year after the firm re-organised its private equity, private credit and small loans businesses into separate entities. “A concern of our LPs when I joined was the clear separation of the activities that were already in place at the firm,” says Ottaviano, who arrived in 2019 after more than a decade at L Catterton. The re-organisation means Clessidra is now a multi-asset platform with separate teams and separate governance structures for its business units, he adds.

Read our 2017 interview on how Clessidra addressed LP concerns following the sudden death of its founder Claudio Sposito here.

The great PE performance debate
Is private equity worth the fees? Perhaps not, according to Sung Won Sohn, board member at the $21.4 billion Los Angeles City Employees’ Retirement System. At the pension’s board meeting last week, Sohn signalled his opposition (registration or subscription required) to the pension hiking its allocation to the asset class, which trailed its public benchmark across all time periods as of end-December. “I view that as an underperforming asset that will continue to underperform,” said Sohn, a renowned economist who has served on the White House’s Council of Economic Advisors. The board didn’t make a decision on a new asset allocation and asked staff for more information at a future meeting.

Still calling all women!
We’ve received some stellar nominations for our inaugural Women of Influence in Private Markets list, which celebrates trailblazing women in alternatives. There’s just over a week to go before nominations close, so let us know about the influential and pioneering women who have achieved something notable over the past 12 months across PE, real estate, private debt and infrastructure. Nominate them here.

Poles apart
The pandemic hurt M&A deal volumes in many countries last year but not Poland, according to research by DC Advisory. M&A deal volumes increased by almost 30 percent year-on-year in 2020 to $234 million, as a quiet first half gave way to a booming second. “We expect M&A and private equity investment levels in Poland to continue to improve compared to 2019,” said managing director Tod Kersten, citing e-commerce, TMT and infrastructure as areas of potential. Search for GPs with offices in Poland on our database here, courtesy of PEI‘s R&A team.

IMRF has a 5.69 percent allocation to private equity. The pension’s target allocation for its alternatives portfolio, which is made up of private equity, private credit, agriculture and infrastructure, is 10 percent of total investments.

For more information on IMRF, as well as more than 5,900 other institutions, check out the PEI database.