Igor Rozenblit, founder of consultancy Iron Road Partners and former co-head of the US Securities and Exchange Commission’s private funds group, said via a LinkedIn post that a potential rule change would make it challenging for US companies with PE funds as investors to stay private. 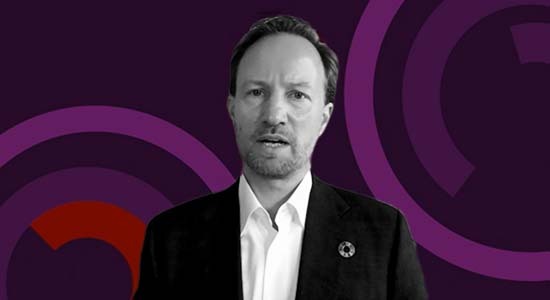 EQT’s encore
In this era of private equity mega-funds, it’s increasingly common to see blue-chip firms returning to market at a faster rate, with more ambitious targets, than ever before. Case in point: EQT is back on the fundraising trail less than a year after closing its €15.6 billion EQT IX. The firm has set a €20 billion target for its 10th flagship, according to a Tuesday statement, joining a slew of firms, including Carlyle, Thoma Bravo, Advent International and Vista Equity Partners, that are targeting at least $20 billion for their latest vintages.

EQT IX is 75 percent to 80 percent invested, chief executive Christian Sinding said on a year-end earnings call this morning. The firm is actively raising Fund X and, depending on investment pace, anticipates a first close in H1 2022 and a final close next year.

“Looking overall at private markets, we expect the market to continue to grow at 10 percent annually until 2030,” Sinding noted. “This means more than $10 trillion of capital coming into our industry… driven by investors increasing their allocations to private markets.”

Here are some of EQT’s highlights from 2021:

Clarke-Jervoise resurfaces
LP veteran Richard Clarke-Jervoise has resurfaced at ODDO BHF, according to LinkedIn. Clarke-Jervoise joined in January as a PE-focused managing director in France. He was previously head of PE and private credit at BNP Paribas Wealth Management and, before that, head of private capital at multi-family office Stonehage Fleming. ODDO – a global wealth manager and investment bank with €125 billion of client assets under management – is a relative newcomer to the PE scene, having acquired of ACG Capital, the €1.8 billion fund of funds and secondaries arm of ACG Group, in 2018. The institution reportedly launched an environment-focused PE fund in 2020.

A stake through the heart
The sun may be shining on the GP stakes market but not everyone is making hay. Leucadia Asset Management, a firm owned by investment bank Jefferies, has abandoned efforts to raise a fund dedicated to the strategy, Reuters reports. Stonyrock Alt Fund I was targeting $1 billion and had raised $38 million as of April, according to PEI data.

PEI reported in April 2019 that Jefferies was partnering with Stonyrock Partners to raise a permanent capital vehicle dedicated to minority stakes in alternatives managers. Stonyrock was founded by Craig Schortzmann, a former managing director at Blackstone Alternative Asset Management, and Sean Gallary, former head of GP stakes at AlpInvest Partners.

Leucadia is not the only group to have shelved plans to raise a GP stakes fund. In January 2019, PEI reported that AlpInvest was to cease efforts to raise $1.5 billion for its debut vehicle following Gallary’s departure the previous October.

Altamar’s not-so hard-cap
Spanish asset manager Altamar CAM Partners has closed its latest secondaries fund above its hard-cap, per affiliate title Secondaries Investor, (registration or subscription required). The Madrid-headquartered firm raised €1.025 billion for ACP Secondaries 4, helped by a late surge of interest from German investors brought into the fold by CAM Alternatives, which merged with Altamar Capital Partners in the summer. Given the demand, Altamar requested permission from LPs to exclude the €25 million GP commitment from the fund’s hard-cap. The fundraise brings Altamar’s assets under management to €16 billion, with the firm aiming to reach €25 billion in five years.

Levine in Frankfurt
US mid-market firm Levine Leichtman Capital Partners has opened a new office in Frankfurt, according to a statement. Newly hired managing director Matthias Tabbert, previously a partner at HQ Equita, will lead the firm’s structured PE origination and investing efforts in the DACH region. Frankfurt marks the firm’s fourth premises in Europe and ninth globally.