“There can be mistakes. People can pledge to do something and then discover, ‘Actually, we can’t do it’. That’s not wrongdoing. The grown-up thing in that situation is to have an open conversation about it.” 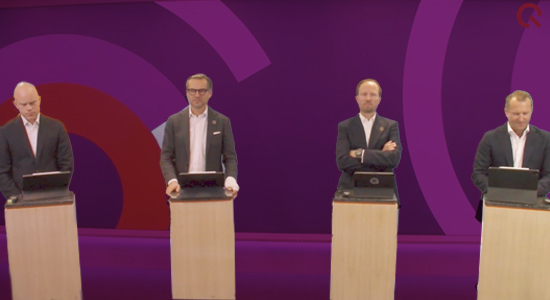 EQT’s plan to carry on owning
EQT will seek €4 billion for a long-hold private equity vehicle that will be “impact-driven”, affiliate title New Private Markets reports this morning (registration required). The EQT Future fund will back mature companies with market-shaping impact potential where transformation requires a longer ownership horizon than the typical vehicle. Here’s what you need to know:

The launch is significant because, while we have seen a handful of firms taking the step of linking their carried interest to impact or ESG targets (including EQT alumnus’ firm Trill Impact), these tend to be emerging managers or impact specialists, raising capital in the hundreds of millions. If EQT is successful, it will prove to be another significant step forward.

While we’re on the subject…
EQT released its Q3 earnings results this morning. Here are some highlights:

Stay Inovia day…
Canadian firm Inovia Capital has completed a rare continuation fund process involving venture capital assets, our colleagues at Buyouts report (registration or subscription required). The transaction included nine assets primarily from Inovia’s 2007 and 2011 funds, and was valued at around $334 million. It also had a cross-fund element: Inovia’s debut growth fund, which closed in 2019, co-invested into three of the assets, AlayaCare, AppDirect and Snapcommerce. The deal was led by BlackRock and HarbourVest.

Though continuation funds are increasingly commonplace, deals of this size are unusual in Canada, and GP-leds typically involve buyouts rather than VC. You can view our handy guide to which top PE firms have so far used continuation funds here.

Japan’s tech pledge
The Japanese government is planning to launch a fund dedicated to private tech investments, The Japan Times reports. The vehicle – expected to be around ¥100 billion ($873 million; €750 million) – will support private sector companies in their research and development for advanced technologies. It is expected to help businesses and universities develop artificial intelligence, quantum and robot technologies, biotechnology and other important tech. Japan’s rising focus on technological development in recent years has not gone unnoticed by international growth equity and VC firms, as Private Equity International explored in our latest Japan Special.

Today’s letter was prepared by Alex Lynn with Toby Mitchenall.