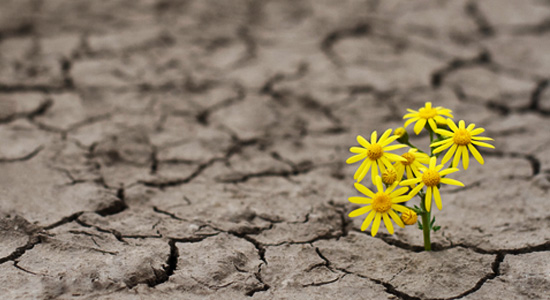 Dutch banking group ING has taken a carrot-and-stick approach to sustainable investment. Last week, the lender closed what it claims is the world’s first capital call facility with an interest rate linked to ESG performance. The recipient was Singaporean healthcare investor Quadria Capital, which secured a $65 million revolving credit facility with a three-year tenor. ING’s borrowers will be rewarded if the fund meets annual targets and, perhaps more importantly, penalised if not. Watch out for a closer look into how the loans will function later this week.

Last week we reported on BVCA director general Michael Moore’s opening remarks at the industry body’s London Summit that private equity needs to tell its story “smarter and better”. Not everyone agrees. In a response to our story posted on LinkedIn, Sukhendu Pal, founder of consultancy Sirius, says PE firms in the 21st century need to go even further. “They’ll need to recognise that [the] business of their tomorrow’s business is not just one dimensional excellence in extracting value from their portfolio companies, but measurably contributing to the society in which their firms function,” Pal says. Do PE firms do enough to make meaningful contributions to society? We’d love to hear your thoughts.

Pennsylvania Public School Employees’ Retirement System is planning to ask its board for higher co-investment limits, PEI heard at the pension’s board meeting last week. The board last approved cheques of up to $25 million and the programme was generating an internal rate of return of 24.2 percent and a multiple on invested capital of 1.56x as of December. PSERS has invested in just under half of the 125 co-investment opportunities it has reviewed, giving it an insider’s view on its managers – for better or worse: the pension won’t re-up with at least two GPs whose performance was “below standards”, its director of private markets and co-investments said at the meeting, referring to information gleaned during co-investment due diligence.

Par for the LBO course. Want to sell your large buyout fund stake? You won’t have to take a haircut, data from Triago shows. Interests in these vehicles sold at a record 100 percent of NAV in the first three quarters of this year, up from 99 percent last year, according to the placement agent and advisor’s latest quarterly report. Buyers are paying premiums for more transparent, easier-to-value funds amid growing recessions fears, the report also notes. Secondaries volume hit $60 billion over the past nine months, $6 billion shy of last year’s annual record, with GP-led transactions accounting for more than one third.

Breathing new life into infra funds. The problem of what to do with assets you still want to hold when your fund comes to the end of its life has been rearing its head of late. Nowhere is this more salient an issue that for infrastructure funds, as sister publication Infrastructure Investor tackles in its latest deep dive. Infra GPs are using technology borrowed from the secondaries market to move assets from one fund to another – and sometimes seeding successor vehicles to the tune of billions of dollars. With 10 percent of the top 50 largest infrastructure managers having undertaken a fund continuation or GP-led secondaries deal, it’s likely this is a market you’ll hear a lot more about.

We’ll be at PEI’s Operating Partners Forum New York 2019 on Wednesday and Thursday. It’s the single largest event in the world specifically dedicated to anyone concerned about private equity portfolio operational assessment and value creation. Coming along too? Let reporter Preeti Singh know if you fancy catching up for coffee.

San Francisco’s alts aspirations. San Francisco Employees’ Retirement System has approved $175 million in commitments, including $25 million to LYFE Capital Fund III. Here’s a breakdown of the $26.46 billion US pension’s target allocation to alternatives. For more information on SFERS, as well as more than 5,900 other institutions, check out the PEI database. 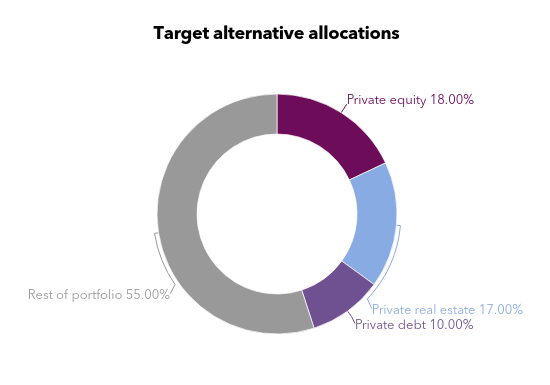 “I think there will be a time when the industry realises diversity is a competitive advantage and we’re going to see that become commonplace. It may take a while but I think it’s a business issue.”