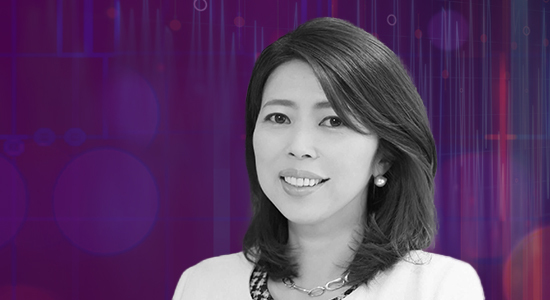 Mega-trends converge at LUCA
If one were asked to list the major PE trends of recent years, chances are that the emergence of Japanese LPs, the pursuit of high-net-worth capital and digitisation would all rank highly. Enter LUCA, a new fundraising platform aiming to connect Japanese investors with alternative asset managers, as we reported this morning. The business is run by Keiko Sydenham, a former IR MD at Blackstone Japan; Motoya Kitamura, formerly of HQ Capital; and Headline Asia, a VC firm that hopes to use LUCA as a digital IR unit.

LUCA will enable Japanese and international GPs to market and raise capital for their fund products online. Most of its initial users are expected to be institutional investors, though the platform will later seek partnerships with wealth managers and advisers to high-net-worth investors.

Existing fundraising platforms and industry participants more broadly are flocking to Asia-Pacific in the hope of seducing its burgeoning pool of wealthy individuals. You can read more about that here.

Fundraising frenzy
ICYMI: Our H1 fundraising stats were released yesterday, and the results are rather impressive. Capital raised hit $415 billion, a more than 50 percent rise on the same period last year and the highest first-half total since the global financial crisis. Mega-funds played a major role: the 10 largest fund closes collected $147 billion between them, accounting for more than a third of the total capital raised from January to June. Dig into the data here.

Miller-May’s move
Angela Miller-May, CIO at the Chicago Teachers’ Pension Fund, is leaving to join the $54 billion Illinois Municipal Retirement Fund (press release here). Illinois is gaining a prominent supporter of DE&I within the private markets: under Miller-May’s leadership, investments into managers owned by minorities, women and people with disabilities rose from 33 percent to 48 percent of CTPF’s overall portfolio, she told PEI in May.

She joins IMRF at an interesting time for PE. Though Miller-May has been bullish on the asset class during her time at CTPF, she warned us in June that “valuations are still very high and the market is still very volatile as increases in interest rates and inflation are expected”. We recently examined how the world’s largest PE firms are responding to these potential tailwinds.

On the minds of GPs
After a disruptive 2020, two-thirds of GPs are hopeful returns will be better over the next two years, according to a report from Investec. This was a big improvement on last year’s GP Trends, when 29 percent of GPs expected returns at their firms to be worse than the previous year. Just under half (48 percent) believe returns will improve across the industry more broadly. 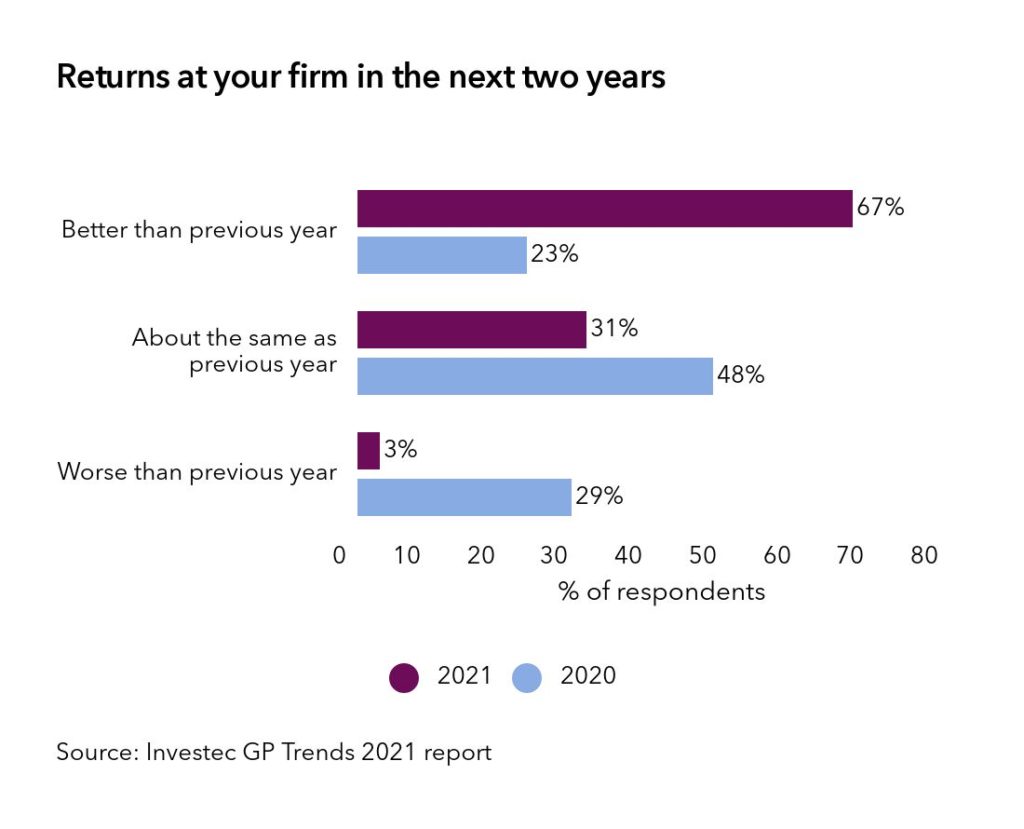 Tail-end tips
With fund lives getting longer, what does this mean for returns? That’s a question advisory firm Upwelling sought to address in new research shared with Side Letter. The latest report looks at vintages between 2000 and 2020. Here are some highlights:

“Oftentimes LPs want to sell at as narrow a discount as possible,” Upwelling founder Joncarlo Mark tells us. “The reality is they may be better off holding those that price well and selling the things that priced less well because it is likely that the funds that don’t price as well are the funds most at risk of having major erosion of value.”