PE on a high 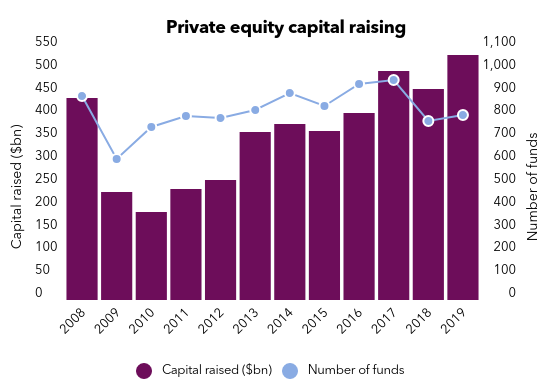 The data are in and the fundraising juggernaut rolls on: 2019 was the best year for PE fundraising since the 2008 global financial crisis. Funds raised a whopping $537.2 billion last year, beating the 2017 previous high and a 16 percent gain on the prior year. Three things to note:

Love is in the air

Oaktree Capital Management MD and global co-portfolio manager Rajath Shourie has been dismissed from the firm after failing to properly disclose  a relationship with another employee, violating company policy. Such relationships within the firm must be properly disclosed, per company rules. Bloomberg Law first reported the news; Oaktree declined to comment. Workplace behaviour is increasingly under the microscope: last month, senior BlackRock executive Mark Wiseman, who oversaw the BlackRock’s Long Term Private Capital private equity fund that is seeking up to $12 billion, was terminated after failing to disclose a workplace relationship.

PEI’s Alex Lynn was at Hong Kong’s Asian Financial Forum on Monday, and the climate crisis – rather than politics – was centre-stage. Amid Australia’s fires and Indonesia’s floods, Julia Leung, deputy chief executive of its Securities and Futures Commission, said asset managers did not have sufficient awareness of the financial risks posed by the changing climate. She cited an SFC survey – published in December – which found that only a minority of asset managers licensed in the city have processes in place against these physical threats.

On the subject of Asian PE events, Bloomberg has noted that our real estate-focused colleagues have relocated the market-leading PERE Asia Week 2020 from Hong Kong to Singapore this year. The event – which is set to be bigger than ever – kicks off on 3 March. The venue move is to ensure ease of travel and safety for delegates amid any continuing pro-democracy protests

Trend for 2020: Stakes in listed companies. TPG is raising a fund to invest in public companies, according to a report on Bloomberg citing “people familiar with the matter”. TPG would not be the first firm to believe it can bring PE nous to a listed companies. EQT has invested €225 milllion into listed stocks through its realtively new “public value” team and other firms are looking at the space.

PE, Swiss wealth manager style. Mirabaud is not a household name in PE, but is hoping to carve out a niche. Having raised €155 million to invest in what it describes as “Living Heritage Companies” in the luxury and lifestyle sector, it is now raising a separate growth capital/VC fund to invest in emerging lifedtyle brands.

Alex will be at the HKVCA Private Equity Forum on Wednesday. Going too? Let him know: alex.l@peimedia.com 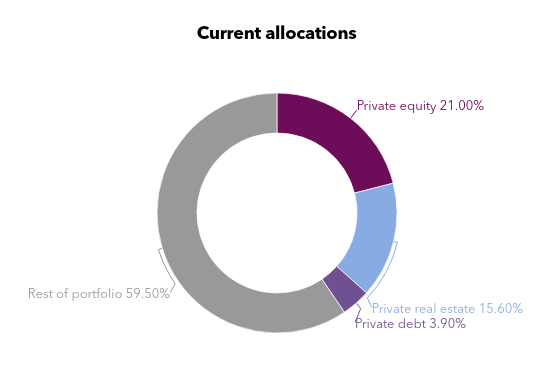 “Superior investors may be superior because they can figure out which companies are likely to be winners. But the best investors I know also have a sense – perhaps innate and instinctive – for situations where the proposition is too favourable relative to the underlying fundamentals.”

In his latest memo, Oaktree founder Howard Marks discusses how investing is like gambling.