The secular rise of private markets 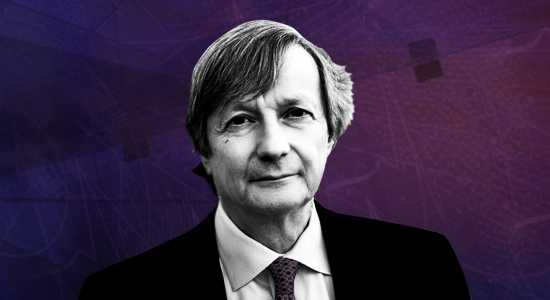 Investors want to allocate more capital to alternatives regardless of any macro-economic slowdown across markets or news concerning the coronavirus, said Hamilton Lane chief executive Mario Giannini (pictured) on the firm’s third-quarter fiscal 2020 earnings call on Tuesday. “If Chinese GDP went down 1 percent, I think we would be sitting here saying, ‘we’ll have virtually no impact on fundraising’,” he said. The firm raised an additional $265 million for the quarter for its fifth secondaries vehicle, bringing total fundraising thus far to $1.4 billion against a $3 billion target. It is also in the market with a credit-oriented fund and an evergreen vehicle, according to presentation materials.

Ever turn up to do due diligence on a factory to find it being picketed by angry, unpaid suppliers? Brian Bunker, a Hong Kong-based managing director at Riverside, has. Here is a six-minute podcast in which he and other Asia-based investors relay some operational horror stories.

Disruption: it’s what keeps Blackstone up at night, according to Jon Gray.

Gray probably wasn’t thinking of these when he spoke last week, but two areas that could ‘disrupt’ the PE model are online fundraising platforms and impact funds. Little surprise then that the two themes are coming together. Last month, Private Equity International reported that Xen, a Singaporean fundraising start-up, is in talks with the UN Development Programme to create an impact investing platform. It joins Swiss platform PrivateMarket.io, which has raised $20 million for two impact funds since entering the space last year, and New York’s iCapital Network, a $46 billion platform that’s also understood to be raising capital for impact vehicles. Alex Lynn explores the connection here. Spoiler alert: it relates to impact-conscious family offices.

Investcorp headwinds. Bahrain’s Investcorp has blamed a decline in PE exits for a sharp drop in distributions during H1 FY20. The investment firm returned $1.3 billion for the period, down from $1.95 billion in H1 FY19 and $3.5 billion in H1 FY18, according to its latest results. H1 profits also fell 17 percent year-on-year, which the firm attributed to fair-value declines of PE investments in US retail and a writedown in value of a legacy investment. Total AUM rose $3 billion to $31.1 billion during the period, including an 11 percent rise in PE AUM to $6.4 billion. Press release here.

Irish fundraising scoop. Dublin-based Cardinal Capital Group is upping the hard-cap to €300 million for its latest private equity vehicle, according to a source with knowledge of the matter. The firm has thus far raised €170 million against its original €200 million target and expects a final close by the end of Q1. Cardinal was formerly a JV with Carlyle Group.

Florida Retirement System Trust Fund has confirmed $2.09 billion-worth of private equity commitments to 12 vehicles, a contact at the pension informed PEI. Among the managers backed by the pension were Lexington Partners, Asia Alternatives, KPS Capital Partners and OpCapita. For more information on Florida Retirement System Trust Fund, as well as more than 5,900 other institutions, check out the PEI database.

“It’s unfortunate and it’s devastating to us any time a job is lost, let alone a company is lost. It’s super painful.”

Jonathan Lavine, Bain Capital co-managing partner and CIO of Bain Capital Credit, on the firm’s failed investment in US retailer Toys ‘R’ Us.