H1 was a tale of two halves for European dealmaking. Companies saw buyout and related deal values fall 19 percent to €41.6 billion over the period, according to analysis by Refinitiv. Meanwhile, those down the food chain attracted a record-breaking €10.6 billion of venture capital investment in the first half, up 61 percent year-on-year. This despite deal count falling 7 percent to 683 – the slowest start to a year since 2009. European dealmakers: how challenging is the environment out there? Let us know your thoughts.

High-net-worth individuals have backed close to one-fifth of KKR’s Global Impact Fund, per UBS which said it raised $225 million for the vehicle from private clients. The fund has already raised more than $1 billion, Bloomberg reported last month (paywall). KKR is also tapping HNWI wealth via a feeder vehicle set up by iCapital Network, SEC filings show.

Stable staleness. If you want to understand the risk of your PE portfolio, ignore its volatility, says a report by Wellershoff & Partners. While easy for LPs to understand, market illiquidity means volatility often gives a misleading picture of asset quality. “The word ‘stable’ can just as well mean ‘stale’,” notes the Swiss consultancy. Price stability may hide the degradation of an asset, undermining the formation of an equilibrium price and preventing any trading, it adds. The firm cites five superior alternative measures. Check PEI later today to see what they are.

Steady Eddy. The world’s largest pensions funds kept their 22 percent exposure to alternatives in 2018 – only 1 percentage point more than the previous year – amid a more challenging market environment, according to Willis Towers Watson. The top 20 funds, which include Japan’s GPIF and CalPERS, also saw a slight decline (1.6 percent) in total assets to $7.2 trillion as of end-2018 – the first time since 2012 that the top 20 funds’ share of the total fell.

Bellwether move? Ohio State Highway Patrol Retirement System‘s private equity exposure fell by nearly 3.5 percentage points during the first six months of this year. The $894 million US pension had an 11 percent exposure to PE as of June (see below). For more information on Ohio State HPRS, as well as more than 5,900 other institutions, check out the PEI database. 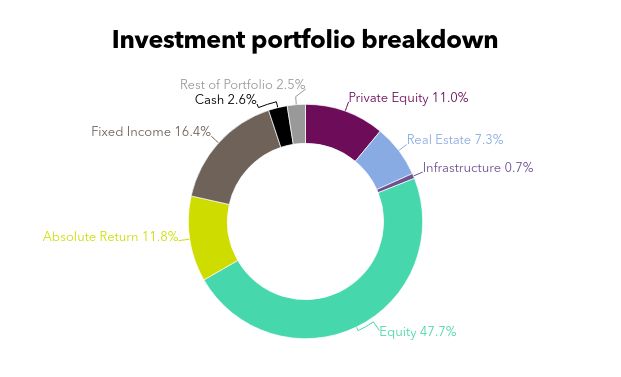 “As George Orwell might have observed, all sponsors are terrible, but some are more terrible than others. All sponsors may allow for expanded investment capacity in unrestricted subsidiaries, but some will go the extra mile and create an investment basket that threatens to swallow the collateral whole.”