“We are all waiting for death.”

An unnamed Shanghai PE investor tells Reuters China’s move to ban private tutoring businesses from raising capital could have a potentially fatal impact on a sector that has become wildly popular during the pandemic. 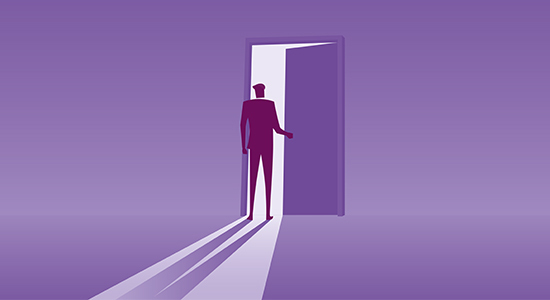 Novalpina’s GP removal
Novalpina Capital, the London PE firm best known for owning surveillance tech provider NSO Group, could be removed as manager of its €1 billion debut fund. The news, which Sky News first reported yesterday, is “not a surprise”, one source close to the matter tells Side Letter, with the firm having been embroiled in a leadership struggle since earlier this year.

“The three partners got in a fight, mostly unrelated to the portfolio which has performed well so far, and there was an LP meeting [on 9 July] and vote to remove the increasingly dysfunctional GP,” our source says. With the vast majority of eligible LPs voting for removal, the LPAC is now interviewing and negotiating with potential GPs, and a response is required by early August.

If it fails to do so, another option is that the fund simply wind down, as our colleagues at Buyouts report (registration required). But with bad blood among the partners, and a diminished opportunity for additional value creation, this sounds like the least appealing route for all involved.

A sector in rude health
The pandemic has brought new impetus to one of private equity’s most dynamic target sectors: healthcare. Private Equity International‘s latest Healthcare Special Report, published this week, shines a light on the biggest trends shaping PE’s approach to the sector and its role in healthcare’s future development. You can explore the report in full here.

ILPA’s ESG framework
The Institutional Limited Partners Association today launched an ESG assessment framework for investors. The resource is designed to help LPs evaluate and benchmark GP responses to due diligence efforts, inform goal-setting conversations with GPs and measure ESG integration progress over time. The framework categorises activities and processes across four buckets: not present, developing, intermediate and advanced. Areas of assessment include responsiveness to climate risks and opportunities; responsiveness to DE&I; and communications and reporting. More here.

Public spending
UK public markets are proving fertile hunting ground for PE thanks to a combination of a weaker pound and the pandemic, per law firm Mayer Brown. The country had £28.6 billion ($39.7 billion; €33.6 billion) of take-privates in the 12 months to 23 July, up from £9.4 billion in the preceding period. Notable examples include the roughly £6.4 billion takeover of supermarket Morrisons by US PE firm Fortress, and Advent International-owned Cobham’s £2.4 billion offer for defence group Ultra Electronics.

The right environment for climate funds
Brookfield Asset Management and TPG have raised a combined $12.4 billion so far for investment strategies focused on assets that tackle climate change. Both firms disclosed initial closes on Tuesday, with Brookfield Global Transition Fund raising $7 billion and TPG’s Rise Climate Fund collecting $5.4 billion. Such enormous closes at a time when parts of Germany and China’s Henan province are flooding, and parts of North America are burning, would suggest that LPs are taking the climate issue seriously. For more details on climate-related strategies, visit affiliate title New Private Markets.

Eurazeo highlights
French investment firm Eurazeo‘s PE assets grew 50 percent in the past 12 months to €18.5 billion as of end-June, according to its half-year earnings statement. Here are some highlights: