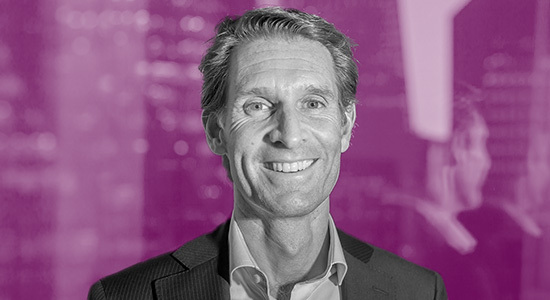 Alternative no longer?
Private markets have become the new traditional asset class. That was the key message from Partners Group‘s annual results call this morning, with executive chairman Steffen Meister noting that private markets are rapidly outpacing their public counterparts and could triple to roughly $30 trillion of assets under management by 2030.

A major driver of this trend, Meister said, is the public markets’ preoccupation with so-called ‘spotlight’ elements of the value chain, such as end-customer branded services and products. Private markets, on the other hand, place more store in ‘foundational’ elements such as supply chains, critical infrastructure and manufacturing. To ignore these latter elements would be “extremely wrong”, he added. Meister was joined on the call by chief executive David Layton, who said the firm does not believe that the crisis in Ukraine has fundamentally impacted demand for the private markets.

Here are some additional highlights from the firm’s results:

Fund X is just one of many mega-funds in market this year, including Apollo Investment Fund X (targeting $25 billion); Carlyle Partners VIII ($22 billion); Thoma Bravo XV ($22 billion); Warburg Pincus Global Growth XIV ($16 billion); and KKR North America Fund XIII ($14 billion). Blackstone’s Fund IX launched this quarter with a reported target of up to $30 billion; TPG’s ninth flagship fund is also underway with a target of $14 billion to $15 billion, while Hellman & Friedman may roll out its 11th flagship later this year.

This flurry of fundraises has left some LPs feeling overwhelmed with re-up opportunities. Some, like Hyundai Marine & Fire Insurance, are thinking carefully about whether they want to continue with a specific manager or instead devote those resources to a new GP relationship; others are having to skip funds altogether or write smaller cheques, sometimes at the potential expense of their returns – a dynamic Private Equity International explored in this month’s Deep Dive.

On the way to the forum
PEI’s Carmela Mendoza and Helen de Beer will be attending Invest Europe’s Investors’ Forum in Geneva tomorrow and Thursday. If you’re in town and keen to meet for a coffee, they’d love to hear from you.

Adams Street’s Joost boost
Fund of funds giant Adams Street Partners has appointed former BlackRock director Joost Mioch as its regional head of Benelux, per a statement. Mioch spent seven years at BlackRock in the Netherlands, where he was responsible for private market investor relations and fundraising activities within the region. He will operate out of Adams Street’s Munich office and be tasked with bolstering the firm’s ties with Benelux institutions.

How to make an impact
Discrepancies in fund size and risk appetite are making it difficult for institutional investors to participate in impact investing, Xenia Loos, co-founder of impact investment advisory firm Collective Action, told our colleagues at New Private Markets (registration required). “Many impact managers are emerging managers raising first or second funds,” she said, noting that larger asset owners typically need to write larger cheques, and may not have the appetite for less established firms. “[Impact managers are] targeting $200 million or $300 million. They aren’t first-time investors, but they’re first-time teams.”

Another hurdle institutional investors face is a resources squeeze. “Many asset owners are not equipped today to do a proper due diligence on an impact fund,” Loos added. “These are relatively small teams. To allocate a full-time employee to only look at impact funds is often impossible.”

Collective Action is on a mission to bridge this divide. The adviser pools together or takes over the deal sourcing and due diligence work that institutions would otherwise have to do alone, holding thematic “sounding boards” several times a year to introduce investors to the available funds and impact strategies for the theme. “We create a group of investors that are willing to back a manager, catalysing their first or subsequent close,” Loos noted. “[Thereby] allowing them to fundraise faster, to be on the road for less time, so they can start deploying capital and making impact faster.”

Pennsylvania Public School Employees’ Retirement System has approved a $100 million commitment to Hg Saturn 3, according to materials from a March investment meeting.

Tech-focused Hg launched Saturn 3 in October with an $8.5 billion target and will seek investment opportunities in the UK. Its predecessor, Hg Saturn 2, held its final close in 2020 on $4.85 billion, beating its $3.5 billion target.

PSERS allocates $12.39 billion to private equity investments, comprising 17.1 percent of its total investment portfolio. This is above its target allocation of 12 percent.