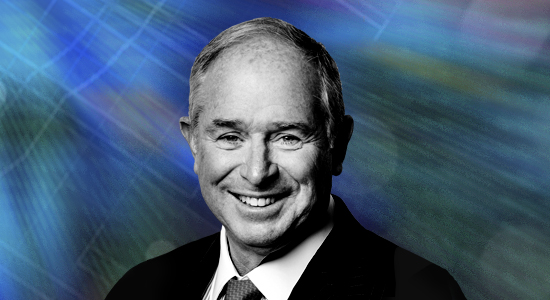 Private equity is on the receiving end these days. Senator Elizabeth Warren has likened industry execs to vampires while various media outlets interpreted recent research from Harvard and Chicago universities as evidence that private equity firms slashed jobs and led to wage losses. Not surprising, then, that Blackstone founder and chief executive Stephen Schwarzman took time on the firm’s third-quarter earnings call to showcase the positive impacts the firm’s capital has had for both limited partners and the businesses it backs, like net job creation of 100,000 in its private equity portfolio companies.

Carlyle has gathered €6.4 billion for its largest ever fund for Europe, beating its target by nearly €1 billion. The firm received commitments from over 300 investors, it said in a statement. Canada Pension Plan Investment Board and California State Teachers’ Retirement System are LPs in the fund, according to PEI data. Fund V is the third-largest fund raised for Europe this year, behind the €11 billion Permira VII and the €10 billion Seventh Cinven Fund. Carlyle is also deploying a €1.35 billion Europe tech fund.

TPG’s Rise Fund II is back on track with $1.72 billion in commitments, a source familiar with the fundraise tells us. The firm paused fundraising when erstwhile chief exec Bill McGlashan was charged earlier this year in the college admissions cheating scandal. At the time, the firm also gave LPs the option to withdraw their commitments from the fund, which launched in March, but none exercised the option, PEI understands.

Rise Fund II was re-launched in June and is making progress toward its revised $2.5 billion target, with committed capital from 45 investors, according to an SEC filing. Technically, Rise Fund II’s previous target of $3 billion still stands, per the source, with the additional $500 million made up by TPG’s June acquisition of the assets of Abraaj’s Growth Markets Health Fund (subsequently re-named Evercare Fund), which is worth $500 million. This is considered internally to be part of Rise Fund II.

Russia’s Elbrus Capital is hoping to counter diminished Western appetites for the country’s private equity market by targeting Asian and Middle Eastern investors with its latest fund. The Moscow firm is seeking $600 million for its third fund and has been in market for around four weeks, according to a source familiar with the matter.

Europe’s exit slowdown. PE firms in Europe are having a tougher time with exits as investors take pause on investments amid Brexit, the expansion of nationalist policies and slowing economic growth:

PSERS’ Commission woes. The uncertainty over whether Pennsylvania Public School Employees’ Retirement System’s investment office will combine into one with its compatriot Pennsylvania State Employees’ Retirement System is causing issues for PSERS when it comes to hiring, chief investment officer James Grossman tells us. “Even our private equity managers come in here and say, ‘What’s going on?’” he said. Staff is looking to bring back a proposal to the board for re-introducing an incentive programme to make compensation more attractive. The programme was scrapped in 2008 after staff received bonuses for 2007-08 despite the fund losing $1.8 billion in the aftermath of the financial crisis.

Chicago Policemen’s Annuity & Benefits Fund has issued an RFP for an inaugural secondaries private equity manager. The mandate in question is estimated to be worth between $25 million and $50 million, with the pension intending on directing its capital towards a single vehicle. Here’s a breakdown of the $2.60 billion US public pension’s total investment portfolio.

For more information on Chicago Policemen’s Annuity & Benefits Fund, as well as more than 5,900 other institutions, check out the PEI database. 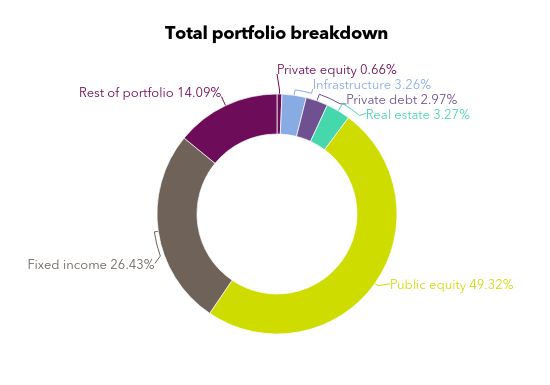 “The results of our ownership are clear, both in terms of investment performance we’ve generated for LPs, as well as the impact we’ve had in our companies and the communities in which we operate.”