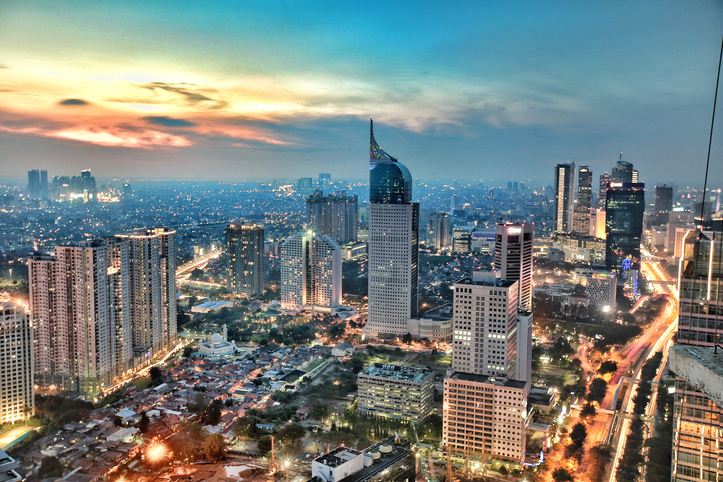 Anything you can do …

Indonesia likes the cut of Temasek’s jib. That’s according to the FT, which reports that the South-East Asian archipelago is looking to form a sovereign wealth fund modelled on Singapore’s S$313 billion ($229 billion; €207 billion) state investment arm. The size of Indonesia’s fund is yet to be decided but could reach up to $10 billion, the FT noted. If Temasek’s appetite is anything to go by, the fund would be good news for Asia-Pacific VCs, which are already major beneficiaries of the Singaporean giant.

Staying with Singapore, PEI news editor Adam Le is there for our Operating Partners & Value Creation Forum this week and has been doing the rounds. Here’s the lowdown: the city state stands to benefit from unrest in neighbouring Hong Kong, with some PE market participants looking to relocate there from the Chinese territory to escape the protests and volatility. “If you have kids, Singapore’s a much safer option right now,” says one local market source. Rumour has it a large Canadian pension is also considering relocating its Asia headquarters to the Garden City. Meanwhile, one Singaporean GP that is fundraising said recent meetings with Western LPs had revealed a lack of understanding of the region as a whole: “They asked us about the unrest in Hong Kong and whether Asia was too risky a place to invest. Clearly it isn’t.”

The secondaries market for private credit has received a lot of attention recently, with firms including Pantheon and Tikehau Capital making a dedicated push into the strategy. Such moves may be premature, according to Blackstone’s secondaries head Verdun Perry. Speaking to sister title Secondaries Investor, Perry, who leads the private equity giant’s Strategic Partners unit, says the private debt market is “not quite ripe for secondaries yet – certainly not for a dedicated programme of size”. Perry also commented on the biggest threat to the secondaries market’s growth (a pullback) and how the unit leverages its relationships to reduce friction in deals (very well, apparently).

First Reserve founder dies. William “Bill” Macaulay, founder and chairman of the largest energy-focused PE firm First Reserve, died unexpectedly last week at 74. The cause of death is unclear. Macaulay established First Reserve in 1983 and pioneered private equity investing in energy. He handed over the reins last year to co-chief executive Alex Krueger. Macaulay is survived by his wife Linda and two children.

A sceptical eye on syndication. The eagle-eyed among our subscribers will have noticed a much shorter than usual Friday letter last week. Rest assured we haven’t decided to replace our weekly commentary with cryptic tweet-style conversation starters – a technical glitch at our end meant the full text didn’t go out. The piece is well worth a read: sister title PERE’s Arshiya Khullar digs into the potential misalignment of interest that can occur between GPs and LPs if managers syndicate their GP commitments. Read it online here.

Canadian commitments. FinDev Canada has approved a $7.5 million commitment to Alitheia IDF Fund, striving for a better environment for female entrepreneurs in Sub-Saharan Africa. The fund aims to promote economic empowerment among women and will invest in women-owned SMEs in the region. Here’s a look at some of the C$97.18 million institution’s fund commitments. For more information on FinDev Canada, as well as more than 5,900 other institutions, check out the PEI database. 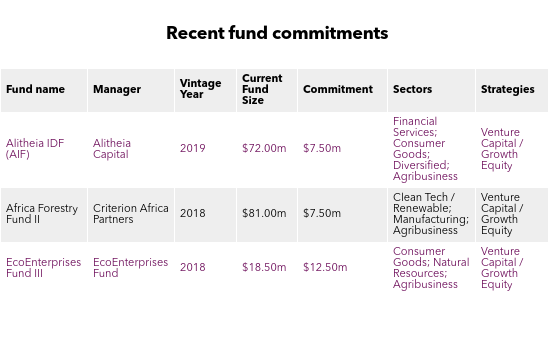 “I don’t think it’s asking too much to provide three weeks or so to allow the advisory board to fully understand the situation.”

NYCRS’ David Enriquez rejects the idea that a much-diligenced deal only materialises right before LP advisory board approval is required.