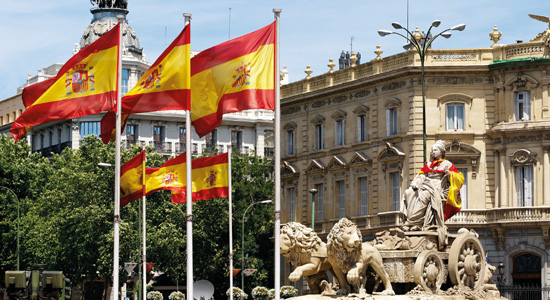 Spain’s private equity market is benefiting from a predilection for international growth among its small and medium enterprises. Firms completed €4 billion of private equity transactions in the first half of this year and could exceed the record €5.8 billion deployed last year, according to Spanish industry association ASCRI. Growth is due in part to a trend towards internationalisation following the global financial crisis, according to David Santos Martínez, partner in Alantra’s Spanish private equity team. And with Spanish exports having risen for the past three years, the future looks bright, as PEI explores.

Fundraising for secondaries turned from a trickle into a flood in the third quarter with $14.3 billion in final closes, compared with $5.2 billion for the whole first half of 2019, sister title Secondaries Investor reports. Blackstone’s Strategic Partners VIII made up the bulk of this, raising $11.1 billion by final close in July. With giants such as Ardian and Lexington Partners circling their targets, expect Q4 activity to be more like a tidal wave.

Send us your highlights!

We’ll be accepting nominations for the PEI Awards 2019 from later today – your chance to let us know who we should shortlist across 76 global categories. Look out for our email alert with links to the submission page and all the details you need.

Kicking the ESG tires. Beware standardised approaches to ESG, says Coller Capital’s head of ESG & sustainability. Speaking at a breakfast briefing last week, Adam Black said standards can lead to a tick-box culture in which people neglect to do the detailed, portfolio-level analysis required. “On ESG due diligence, there’s a danger that you’ll tick a box and follow the standard rather than actually delivering… You need to be kicking the tyres at the factory-level,” he said.

We’ll be at ASCRI’s LPs and GPs Spanish Conference in London tomorrow and would love to catch up. Let senior reporter Carmela Mendoza know if you’re there and fancy a chat.

In VRS, Veritas. Virginia Retirement System has agreed to commit $400 million to two private equity funds, including $200 million to Veritas VII. Here’s a breakdown of the $82.3 billion US pension’s total investment portfolio. For more information on VRS, as well as more than 5,900 other institutions, check out the PEI database.

“Private equity is in the middle of one of the most profound shifts in the capital markets since the 19th century.”

Andres Saenz, global PE leader at EY, argues that some of the industry’s most attractive opportunities come from segments of the market that are less well-developed. 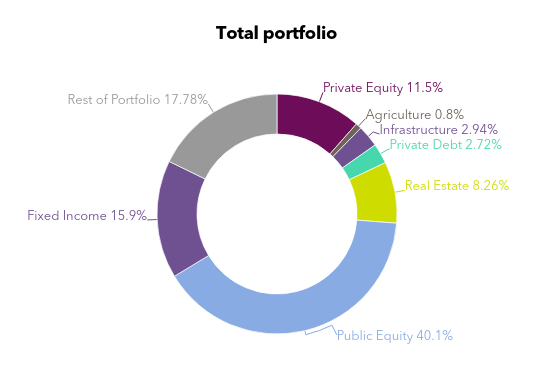