“Private equity is probably a bit behind the curve on ESG reporting. We need to have some more attention on that.”

The link between Apollo Global Management founder Leon Black and Jeffrey Epstein, as we reported last year, continues to cast a shadow. This week an article in the New York Times that detailed some personal and financial connections between Black and Epstein, prompted Black to write to Apollo’s limited partners reiterating that, while Epstein did provide estate planning and tax advice to Black personally, he never did any business with Apollo. Black also notes that he – along with various others – will cooperate fully with an inquiry into Epstein’s affairs by the US Virgin Islands attorney general. A spokesperson for Black issued this comment:

“As previously stated, Apollo never did any business with Mr Epstein. Mr Black received personal trusts and estates planning advice as well as family office philanthropy and investment services from several financial and legal advisors, including Mr Epstein, during a six-year period, between 2012 and 2017. The trusts and estate planning advice was vetted by leading auditors and law firms. Mr Black terminated Mr Epstein’s services in 2018 as a result of a fee dispute and ceased communications with him after that.

“We understand that the US Virgin Islands attorney general is seeking information from Mr Black, several major banks and others as third-party witnesses in a civil probe of entities set up by Mr Epstein in the US Virgin Islands. Mr Black intends to cooperate fully with any such inquiry.

“Mr Black was completely unaware of, and continues to be appalled by, the reprehensible conduct that surfaced at the end of 2018 and led to the federal criminal charges brought against Mr Epstein and deeply regrets having had any involvement with him. Importantly, there has never been an allegation by anyone, including the New York Times, that Mr Black engaged in any wrongdoing or inappropriate conduct.”

Heard at the Forum

Day one of our virtual CFOs & COOs Forum Europe wrapped last night. Themes that pushed their way to the surface of each discussion included environmental, social and governance (how do we standardise data collection and cope with data demands?), and how covid-19 is catalysing tech adoption. We’ll bring you some detailed reports soon, but in the meantime, here is a taster. Roll on day two. 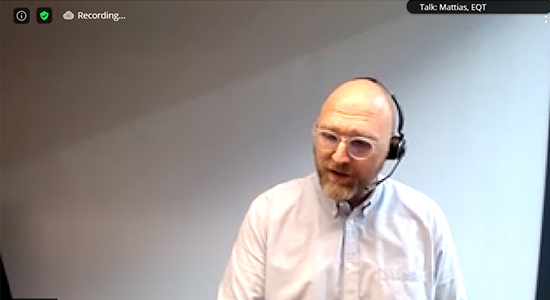 Covid-19 has dragged EQT’s investment team into the technological era, said the firm’s chief information officer. Speaking on a panel at CFOs & COOs Europe, a PEI Media conference, Mattias Hindfelt said that having to complete a transaction without face-to-face meetings showed the team “what good tech looks like” and what it is capable of: “If you look back a year and a half ago, they were saying this is all unnecessary expense,” he said. “There has been a culture shift.”

In August, EQT closed the acquisition of hand sanitiser business schülke, a deal signed at the height of the coronavirus crisis in April. EQT IX is in market with a €15 billion hard-cap. It is set to close in October, PEI reported. 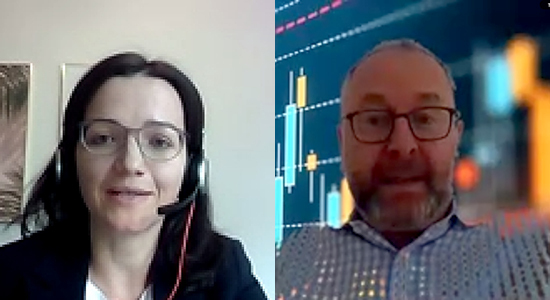 When it comes to PE firms’ expansion plans, CFOs and COOs often need to raise the “ugly questions” in the room including tax and regulation that can “kill expansion”, said Jamie Lyon European CFO and COO for LaSalle Investment Management at the PEI CFOs & COOs Europe conference on Monday. CFOs and COOs have to be that “disciplinarian”, because growth can easily lead to inefficiency, he added.

As noted in the panel, the pandemic is making it tougher for PE firms to do any M&A and execute their expansion plans. “We’re just all consolidating, waiting a little bit, looking at our own staffing and revisiting strategic plans,” Michaela Strempfl, EMEA COO for BlackRock Alternative Investors, said.

Swiss asset manager Pictet Alternative Advisors has launched its first sector-focused PE fund of funds. Pictet Thematic Private Equity – Technology fund I will deploy an unspecified sum of capital across up to 25 global funds and 20 direct or co-investments over a period of three to four years, per a statement. Target funds will be a mix of household names and those with a lower profile who generate strong returns, head of thematic PE Pierre Stadler said in the statement, noting the firm might also turn its gaze to healthcare.

Better, cheaper
Benvic, a manufacturing business owned by European private equity firm Investindustrial, has completed a €117.5 million refinancing “partly linked” to the achievement of ESG targets, according to a press release. “Margin will be partly tied to the fulfilment of several ESG criteria such as the carbon neutrality of the group through industry recognised voluntary carbon credits from nature-based solutions, and the growth of volumes related to recycling and biopolymer activities,” the firm said, without going into further detail.

Two new Riversiders
The Riverside Company has added a venture capital duo to its lower mid-market “acceleration capital” team in Europe. Christian Stein joins as partner, having founded and led his own VC business in Cologne, Germany for the past five years. Michael Aring joins as associate, having worked at Stein’s former firm.

For more information on SamCERA, as well as more than 5,900 other institutions, check out the PEI database.