“So far as carried interest and management equity are concerned, the boundary between income and capital is conceptually drawn in the right place.” 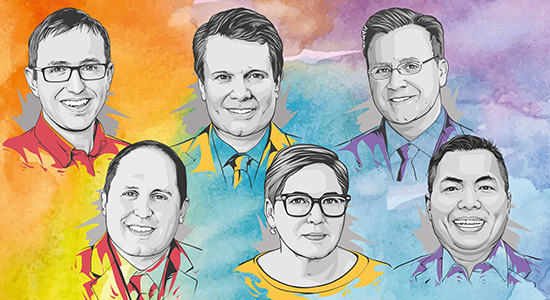 Lessons from the VC buyside

PEI Media owner Bridgepoint has almost tripled its firepower for lower mid-market deals in western Europe with a £1.5 billion ($2 billion; €1.7 billion) haul for its fourth development capital fund. The fund is yet to hold its final close.

Impact advisory and management firm Palladium has picked up a 8.5 percent minority stake in Luxembourg-based impact firm Bamboo Capital Partners, according to a statement. Capital from the transaction, which was funded from Palladium’s balance sheet, will be used to accelerate the scale up of Bamboo’s business as well as the development of SGD500, its $500 million impact platform, Christopher Hirst, chief executive of Palladium tells Side Letter.

Following the transaction, Bamboo will become the asset management arm of Palladium, which also has an investment business focused on backing SMEs globally. Financial details of the deal were not disclosed, but it was structured with the ability for Palladium to increase its stake in Bamboo in the future, Hirst says. Schroders’ acquisition of microfinance and impact investor BlueOrchard Finance last year was similar.

Small investors could be a key source of secondaries dealflow and GPs should encourage it, said a senior secondaries executive at PEI’s Investor Relations, Marketing & Communications Forum. Non-institutional LPs realise they could be “stuck in some funds for a while” and want to reduce the cost of administering their portfolios.

“If you’re not going to be working with me in the future, could we try to sell your position and find a secondary buyer who could perhaps provide staple financing to the next fund?” he said.

The PE community did not lament the day in June when its loudest critic Ludovic Phalippou revealed he had nothing more to say on performance and fees. Well… the Oxford University Saïd Business School professor is back. He took to LinkedIn on Tuesday to announce a new presentation on ESG and impact. “As always, it is meant to be provocative,” he warns.

Teachers’ Retirement System of Louisiana has agreed to commit $50 million to TCV XI, a contact at the pension informed Private Equity International.

The $20.02 billion US public pension has a 14.0 percent target allocation to private equity that currently stands at 17.0 percent.

As illustrated below, the pension fund’s recent commitments are to vehicles focused on the technology and healthcare sectors within the Asia-Pacific, North America and Europe regions.