“There is increased appetite but for a few exceptions. Those exceptions are very opinionated.” 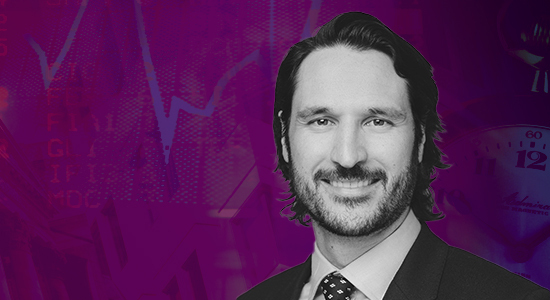 Preferred by name, preferred by nature
Whitehorse Liquidity Partners has galloped to the final close of its fourth fund in six years. The Toronto-headquartered firm reached the $4 billion hard-cap on Fund IV, exceeding its $3 billion target, per a statement. Whitehorse began life in 2015 as a preferred equity specialist and has expanded its remit in recent years to other activities, such as purchasing portfolios outright, according to a 2020 Deep Dive into the firm by affiliate title Secondaries Investor (registration or subscription required).

The secondaries market has been making headlines for eyewatering deal volume and fundraising figures over the past nine months, but what few realise is that the preferred equity market has had even more exponential growth. Deal volume more than doubled last year to $7.8 billion, according to Evercore. Much of this capital was used by GPs to make follow-on investments as the pandemic sparked a raft of consolidation opportunities.

China to rebound?
China’s CPE has collected $1.8 billion in an initial close of its fourth USD fund, per Reuters. Fund IV has a $3 billion target and is expected to reach a final close by year-end. US-China tensions have sparked concerns in recent years over a pullback in LP appetites for Chinese PE funds. Real Desrochers, a former PE chief at CalPERS who joined CPE in 2017, told Private Equity International last month that these fears had yet to materialise. China-headquartered PE firms raised $7.4 billion in the first quarter of this year and are on track to slightly exceed last year’s total of $21.6 billion, a seven-year low, PEI data show.

Packing his Bags
Legal veteran Ian Bagshaw is stepping down as global co-head of PE at White & Case, per a LinkedIn post. Bagshaw, who joined the law firm in 2013 following a spell as co-head of PE at Linklaters, will depart at the end of June to “do something different in a post-pandemic world”.

Everstone’s target
India and South-East Asia specialist Everstone is seeking $950 million for its fourth fund, according to an International Finance Corporation disclosure. If successful, Fund IV would be Everstone’s largest to date, having raised $731 million for its 2014-vintage predecessor, according to PEI data. Everstone was named Mid-Market Firm of the Year in Asia for the second year running in the PEI Awards 2020 and Firm of the Year in India for the ninth time.

The pension also disclosed investments made alongside managers. Investments included $15 million alongside Storm Ventures; and $20 million each alongside Onex Partners and Lightyear Capital.

LACERA’s recent private equity commitments have been to buyout and venture capital vehicles within North America and Asia-Pacific. The pension has a 10 percent target allocation to private equity that stands at 12.4 percent.

Today’s letter was prepared by Alex Lynn with Adam Le and Rod James.